When I was attending the middle school my Italian teacher asked us to write a self-analysis booklet, in which we were supposed to describe ourselves through photographs, drawings and short sentences. To help us define ourselves – young boys and girls still looking for our true self – she gave us a few questions, as which is your favorite room in the house. My answer was the pantry.

Even then the pantry was for me the heart of the house, along with the kitchen. I love spending time in the pantry, browsing through the jars of jams, the preserves and the canned tomatoes lined up on the shelves. It gives me a sense of comfort and continuity just seeing them increasing every day during summer, gradually taking the place of the empty ones, in a never ending cycle during the year. 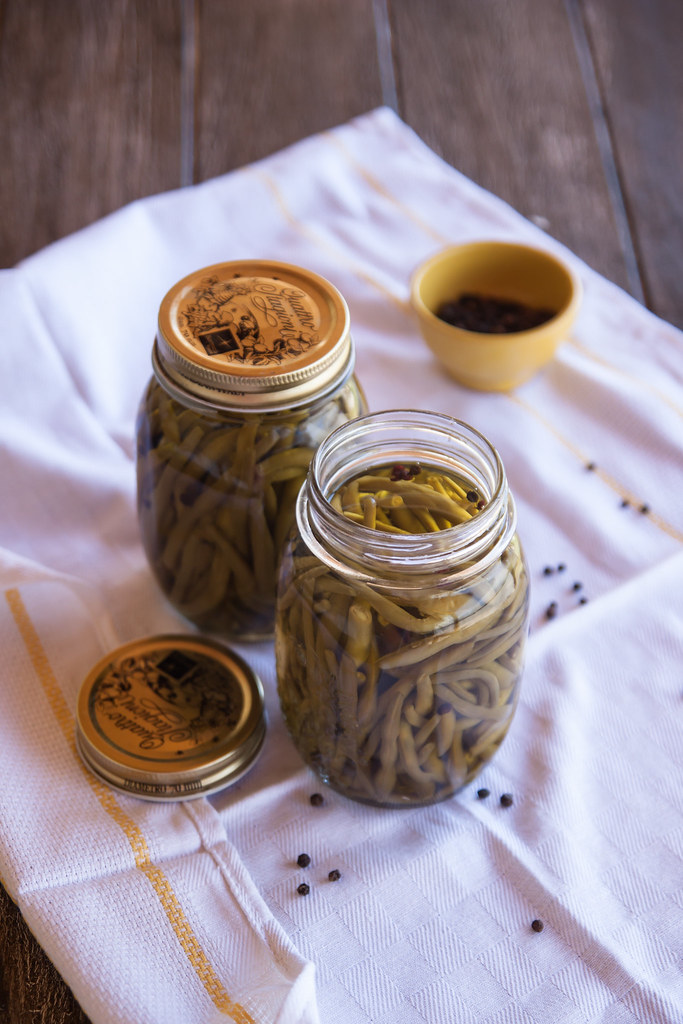 Even as a little girl I experienced a sense of calm in the dark pantry, being it in the well known room of my house or in those mysterious ones in the houses of my grandparents. There was always the chance to make an exciting discovery, a can of peaches in syrup hidden behind the tomato bottles or a jar of mushrooms in oil, to keep track of the autumn.

And now it’s August, the month naturally dedicated to the canning process. So, with the other girls of the Italian Table Talk, we chose to talk about summer preserves, being it Emiko‘s tomato jam, inspired to a Pellegrino Artusi’s recipe, Valeria‘s aubergine sauce or Jasmine‘s gherkins in vinegar.
Grandma told me that during summer most of the time was dedicated to make the preserve, a name that did not need further explanation. They bottled the tomato purée for the winter along with the pomarola and the peeled tomatoes, a process that required the concerted efforts of the whole family, busy among bottles, peels to be given to the chickens and splashes of tomato anywhere. 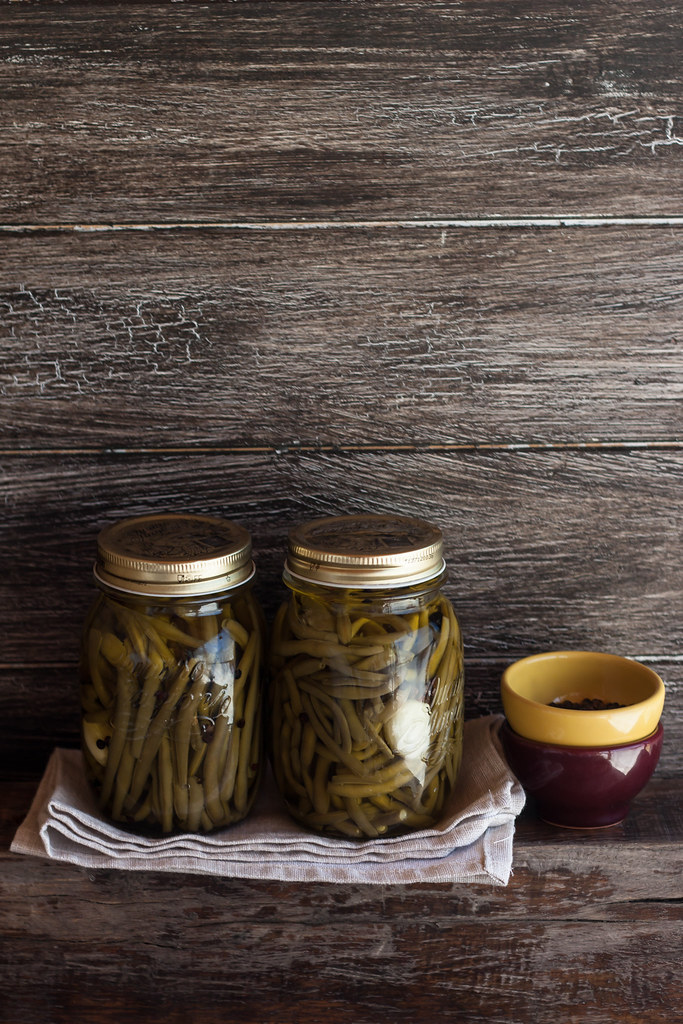 Back in time, they used to make just a few different kinds of jam, and they were all named jams, without the distinctions that today are based on the amount of sugar or fruit contained: it was just important to add enough sugar to preserve the fruit for many months, turning it into a valuable source of calories for the winter, the children’s afternoon snack.

Grandma’s favourite was the green tomato jam, followed by the plum and peach ones. They did not make blackberry jam, even though just outside our garden there was – and it is still there – a poetic path with high blackberry hedgerows. Then her aunt Antonietta came to visit the family from Todi and among the many innovations that she brought she introduced them to the blackberry jam, along with the Christmas tree.

The jam that she remembers with more affection is the one made with figs and uva fragola (literally strawberry grapes, a kind of sweet and pinkish grape). I haven’t had the chance to see that grape since it was cut before I was born, but they told me that it was growing right next to the door and climbed up on the terrace… How I would love to have it now! This jam was stored in huge jars, kept well hidden. At the time, in fact, the kitchen was still shared by several families, all related, and every housewife took great care of it and kept it secured in the bedroom drawer to guarantee an afternoon snack to her children. 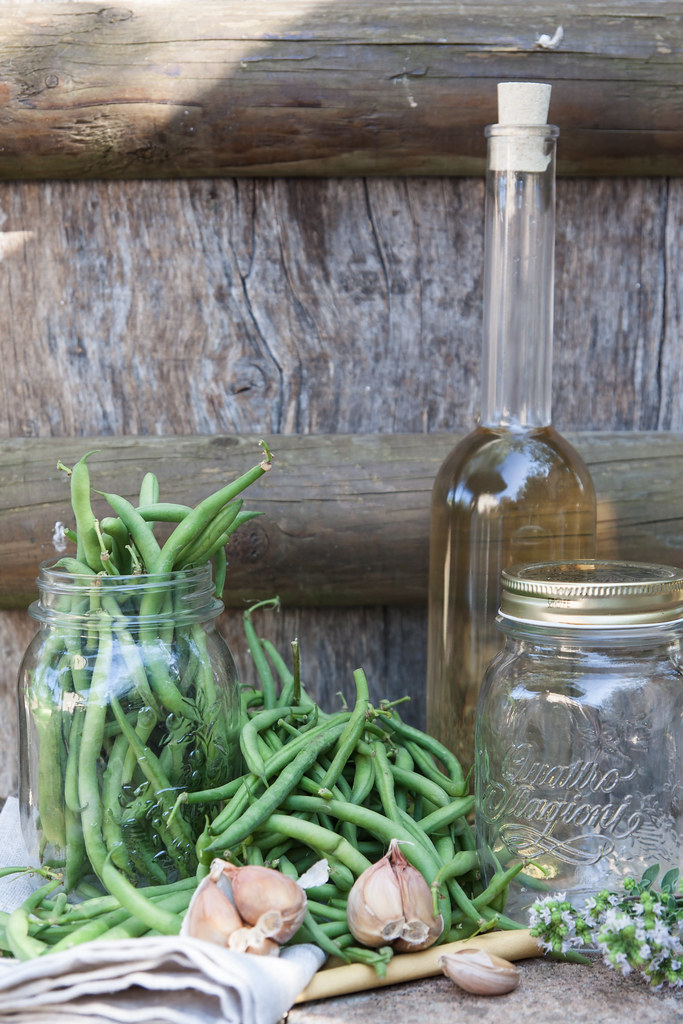 The vegetables were eaten time after time, respecting Nature’s wise rhythm. Only mushrooms – when they were found – and artichokes were preserved in oil. Along with them even the ripe black olives were preserved for winter, dried in the sun or on the stove and then kept in salt. These dried black olives used to be a quick mangiare (old fashioned word for food) with a slice of bread, just for the days when you did not want to lose time in cooking the lunch.

Then, when my grandma married my grandfather, she met the Southern Italy traditions and she learned from Aunt Valeria to add garlic and orange peel to the dried black olives: my sister and I really love the bitter flavour of olives and the citrus of orange peel together, intense on its own or just tasty with pasta and tomato sauce. The green ones, according to a Southern tradition, were stoned, kept in water for a week and then preserved with oil and fennel.

Besides fruits and vegetables preserved in jars there was also the tradition of drying in the sun or in the oven the abundance of the summer produce. The figs, for example, were allowed to dry in the sun, sometime with an almond inside, on oval handmade willow racks, which are still in our cellar. 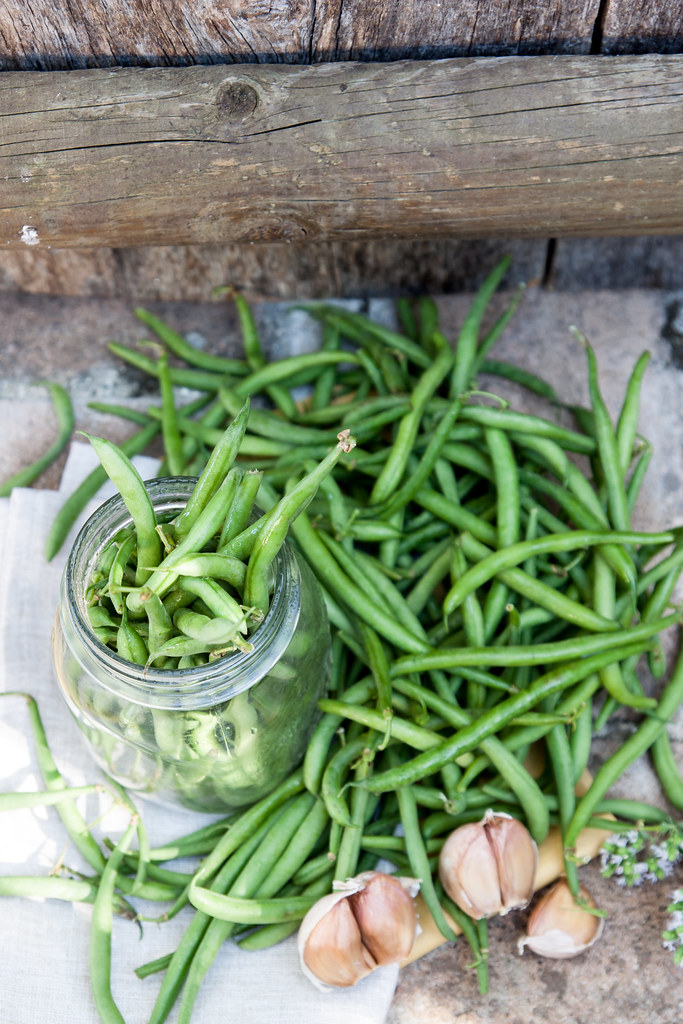 The tiny tomatoes, named a buccola in our dialect, were picked as soon as they began to redden. They were tied up with a string and then hung in the shed, in the dark, where they were left to ripen slowly. These tiny tomatoes were used in the winter, still fresh and just a little bit withered. I still remember their plump braid hanging on the shed’s wall, high and far from cats and mice. Here’s how they managed to have in the rigor of the winter the cherry tomatoes to be added to ribollita or to the beef and vegetables broth.

Garlic and onions were kept in the shed just like the tomatoes, twisted in a bride. The potatoes were stored in the attic in the dark, and the big pumpkins were picked at the end of the season and kept aside for the winter, sliced time after time to make an omelet.

In San Gimignano my grandfather Remigio used to preserve capers in salt or vinegar. The capers grew spontaneously on the city walls, so every time he went through a tiny side road where the nettle flourished, he picked up a handful of capers and brought them home, to be kept for the winter. The capers were savoury, crisp and tart, not to compare with the ones you buy now. When you ate bread with a sliver of butter and a thinly sliced caper to go with you felt completely satisfied and happy. My grandfather used to grow also white melons in his little vegetable garden outside the city walls, with which he made a honey scented jam. 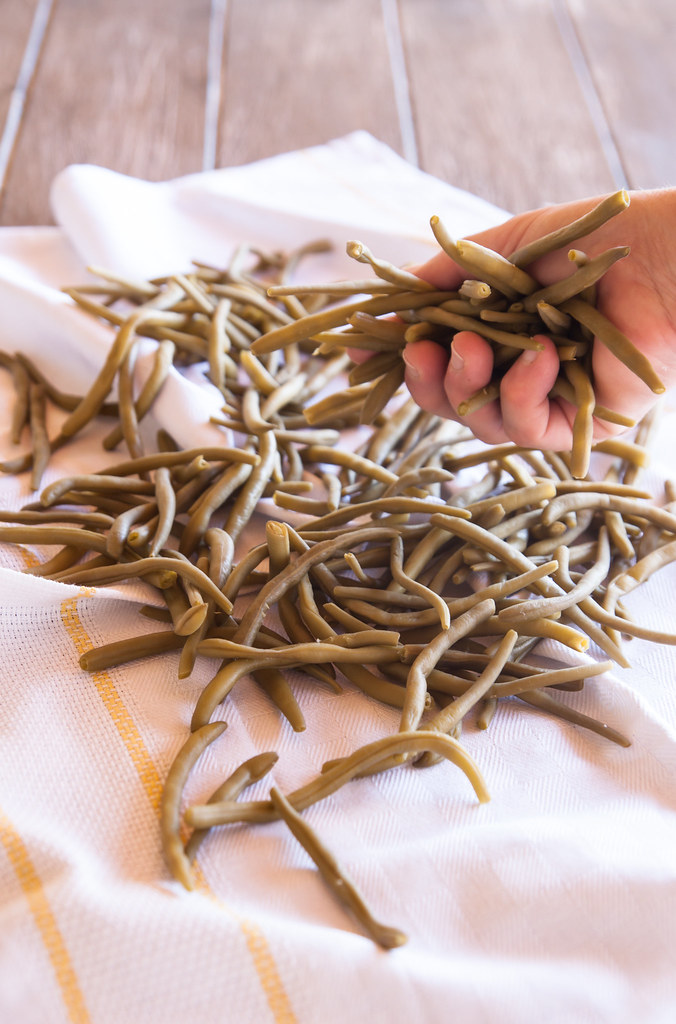 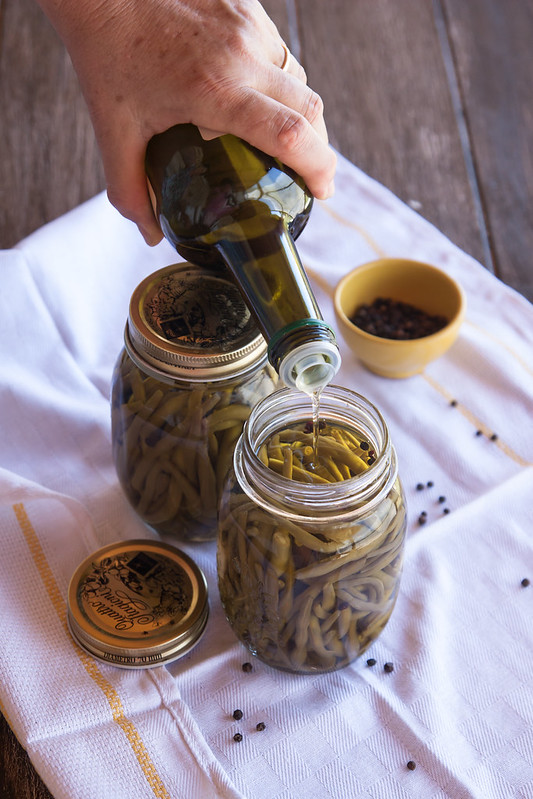 As the years go by, other favorites have been added to our pantry. Mum produces incredible amounts of jam every summer, especially blackberries, plums and peaches. Among the vegetables we usually bottle tomatoes, pomarola with fresh herbs, tiny peppers stuffed with tuna and French beans in oil.

The French beans preserved in oil with a clove of garlic, black peppercorns and bay leaves are among my favourite preserves for the winter: thanks to the short cooking in water and vinegar they are crisp and al dente. They are excellent to kick up the flavour of boiled meat or as a vinegarish side dish to a fluffy cheese omelet, providing a nice contrast in texture and taste.

Not to lose a single post by the Italian Table talk girls, these are our Social Accounts:

The hashtag to follow the conversation on Italian Table talk on Twitter is #ITabletalk (easy, isn’t it?). Let us hear your voice!

Italian spirit and the pomarola, the Italian tomato sauce