I believe that 2011 will be the year of the first times, I can feel it! On January the 1st I got up early (early given the dinner and party the night before), and I made my first ragù, the well renowned Italian meat sauce, with my grandma. I can see the scandal in your eyes: how can it be possible? you have been blogging for almost two years now, you hold your own Tuscan cooking classes and you dare say you have never made a meat sauce before?

Candidly I will answer: no! No, because, in my opinion, the meat sauce is something that requires the dedication of a Sunday morning or of a holiday, it requires you to get up early and it necessitates your total attention. They are mum or grandma who make ragù. I generally enter the kitchen and the meat sauce is already there, simmering on the stove. A pot partially covered, a mystery to me until a few days ago. Thanks to the time I had as a gift for Christmas (time, precious time, one of the most beautiful gifts, a little time for me and my passions), I decided it was the right moment to learn how to make our family meat sauce.

This is not the Bolognese sauce by the book… this is just the sauce I feel mine, the sauce of my mum, of my grandma and of those who sit at table with us. Now I’ll tell you how to make it step by step, as my grandma did with me in that wonderful morning! 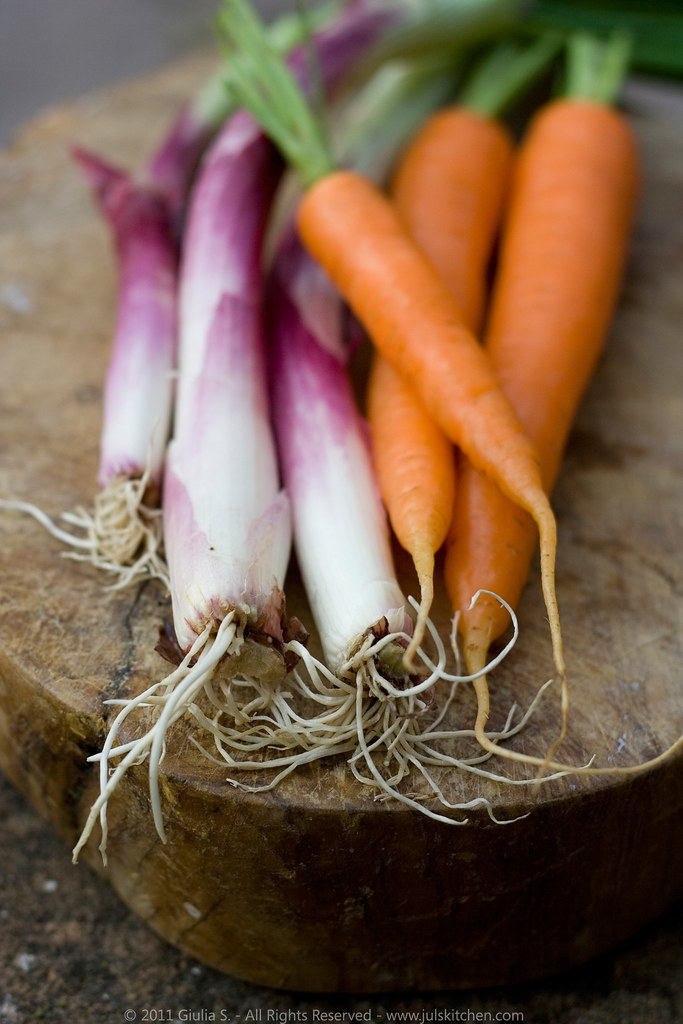 This is the modern meat sauce, made according my grandmother’s likes. My great-grandmother Pia used to make it adding the chicken livers, or, more often, the rabbit livers. Apart from this particular – and the fact that this time I added dried mushrooms, following again grandma’s advice – this is the meat sauce that has been made in my family for over 80 years! They used an enamel pan, the deepest pan, but today I’ve used my reliable Staub pan, perfect for the meat sauce.

The ragù was the sauce that was used to dress the pasta on holidays or special occasions, such as threshing or harvesting. On a daily basis there was always a broth or a soup, but on that special days! They used the  homemade egg noodles, made right on the moment, or very rarely bought pasta.

While my grandma was explaining me how to make the meat sauce step by step according her own rules, she began to tell me about her memories related to this sauce. Shortly after her marriage, Aunt Valeria used to visit regularly my grandma. Aunt Valeria, my grandfather’s sister, was from Melfi, from the South of Italy, therefore belonging to a rich food culture, a very different culture from the Tuscan one, but of course not less fascinating.

Every Sunday Aunt Valeria used to hear a noise in the kitchen, a continuous tac tac tac tac she couldn’t define. It was grandma who was using the two-handled chopping knife on the chopping board. I can still remember that chopping board, over used and with a small hollow in the center made by the past time and the rhythmic movements of the blade. Aunt Valeria loved that meat sauce! She understood that to make it she needed the ground meat and the chopped vegetables, so she decided to try it. She wanted to overdo herself and make the best ragù ever, so she decided to increase the amount of meat and instead cut the presence of vegetables… but it was not even remotely similar to grandma’s one, and she was so disappointed!

As my grandmother told me, that’s not how it works! To save money and increase the final volume of the meat sauce they used a lots of vegetables… that’s the trick to a successful meat sauce, along with, of course, a wooden spoon and a very slow cooking! 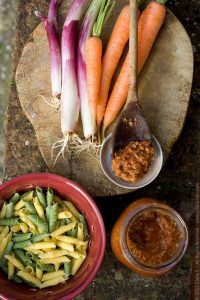 Print this recipe Pin it!
5 from 4 votes

Some tips. I know I used a large quantity of ingredients! It’s better to cook a good supply since it calls for time and dedication, isn’t it? We usually use a part of the meat sauce to dress pasta, spaghetti or lasagne on the very same day, a part is kept to be stored for a few days in the fridge, closed in a glass jar, and a part is frozen. You can use ice-cube trays to freeze single portions of meat sauce or small aluminium muffin size moulds if you want to have two large portions of it.

Chicken cacciatore, a recipe from the Italian countryside

Minestrone from scratch. File under adulting.