I started to read again. I read a book that had no recipes, but a story, one of those books I bought some time ago because I wanted to read it, sooner or later. It happened by chance, one morning I got up earlier than usual and I picked a book from the library, as I was waiting for the water to boil to brew me a tea. I smelled it and I started reading it.

I do not know why I had stopped, but it was as if I had not enough time. Now I managed to carve out some me time as I realized I can steal handfuls of minutes during the day. I discovered a new way of reading. I used to be a voracious reader, I would dive into a book, body and soul, without breathing. I could not stop until I would close my book satisfied by the last words. Maybe that’s the reason I stopped for a while, I was not able to adapt these rhythms to my life. Now I read fragments of the book throughout the day. When I close the book it’s like saying goodbye to a friend, you know you will see him again later, to keep talking in front of another coffee. 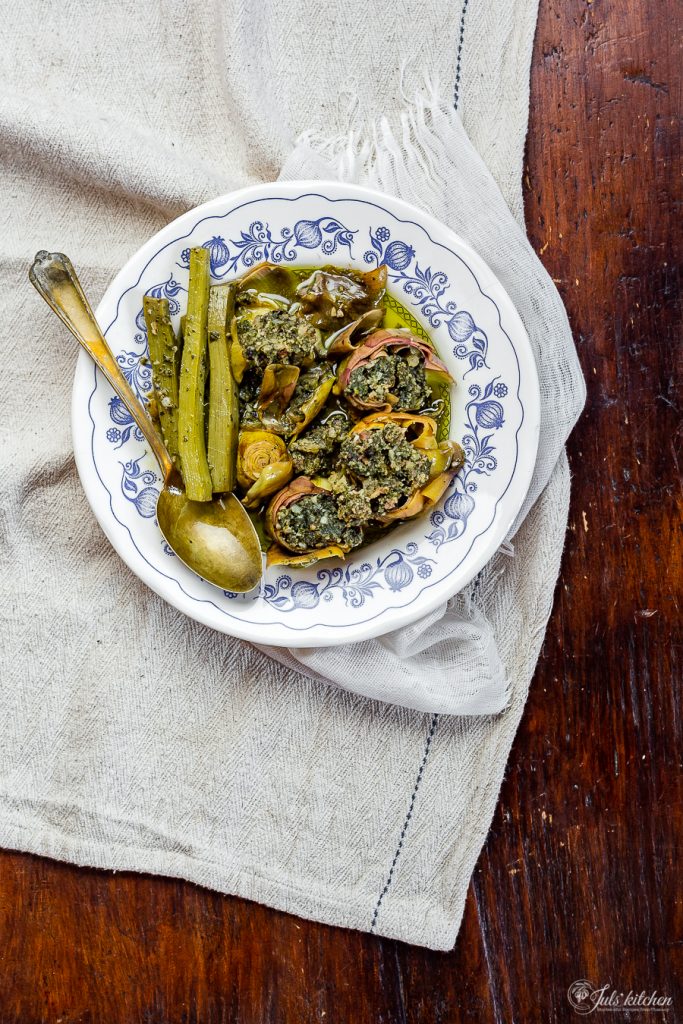 I started walking again, too. After a lazy winter, after having regained the pounds I lost when I started my food intolerance diet, I put on my shoes and walked out to call it a day. I silenced my sense of guilt for unanswered emails and walked to the pine forest, to get lost among the tall hedges of brambles and rolling fields which vanish in the distance in the light blue spring sky.

A few days ago I dreamt of being in the countryside, surrounded by high hedgerows. The air was moist and dense, the sky was gray. Instead of experiencing a normal sense of oppression, I felt a strong calm spreading inside me. The countryside was calling me, I had been away for too long. That’s what pushed me to walk again. Nature welcomed me with the sudden and silent appearance of two deer, two hares, a badger and countless pheasants. 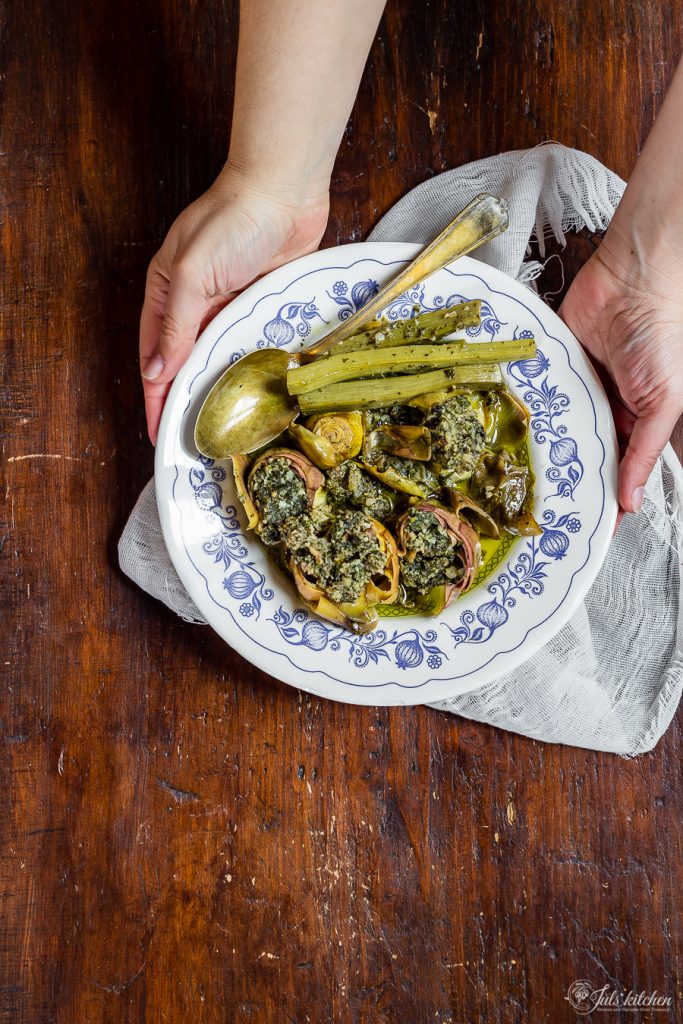 I found yet another way to cook artichokes, in these spring days that I will remember for the sweet taste of a glass of water after a bowl of raw artichokes, for the countless dishes of risotto I made with artichokes, for the soup and tarts. I found a recipe which is typical of the Florentine cuisine: I cooked a pot of carciofi ritti, upright artichokes.

Artichokes should be prepared with a good dose of patience, as you are supposed to clean them, removing all the tough outer leaves, and open them by hand, like a rose. Then you stuff the artichokes with a battuto made of garlic, parsley, salt, black pepper and carnesecca, as you read in the old books of Tuscan cuisine. Use two slices of pancetta and chop everything by hand, on a cutting board. I borrowed my grandma’s mezzaluna, a dual-handled knife with a half-moon blade, and I repeated her slow and confident movements. I also used her cutting board, marked by the many hours spent in the kitchen.

I am proud to introduce you to our new video recipe, showing you how to clean an artichoke and cook it like a Tuscan. In the evening, once the photos and videos were safe on the hard disk, I served the artichokes as a hearty side dish for a dinner with Tommaso, Claudia and Gianluca. Needless to say, have a full basket of fresh bread at hand to mop the flavourful olive oil which will remain in the bottom of the pot. Stems are, in my opinion, the best part of the whole dish, full of taste and soft for the slow cooking. 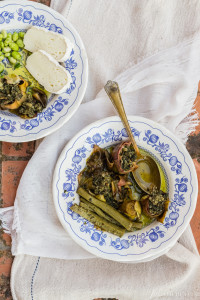 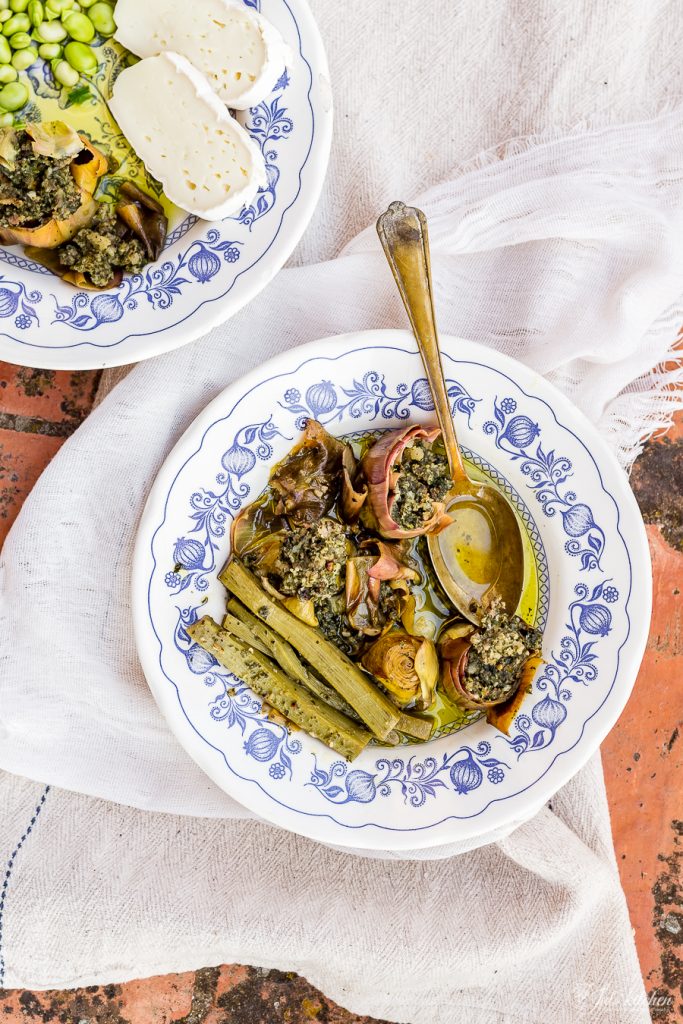