Wait, wait a second. Oh my God, I’m a guest blogger at Mowielicious! Sparkling eyes and smile were my companions for days after Mowie asked me to do a guest post for his blog. Little Juls is growing up, I was thinking, I must overdo myself to choose something really amazing for Mowie and his readers. Obviously it was supposed to be a dessert, I wanted it to be a dessert, as it was about to appear into the glossy window of one of the sweetest blogs in the world!

But, to be completely Juls’ style, it was supposed to be Tuscan, I wanted it to be Tuscan, as recently I finally understood that I am a Tuscan country girl to the core, and I wanted to celebrate it! The best choice was Zuccotto, a bright scarlet dessert. 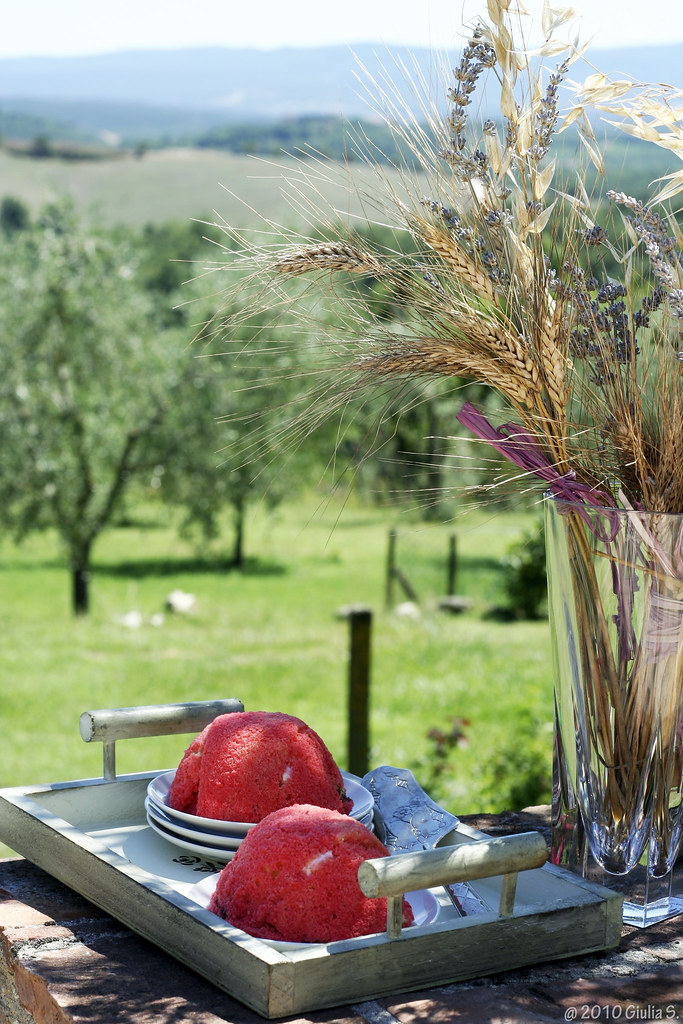 Zuccotto is a Tuscan semifreddo dessert, typical of the city of Florence. Its origins are related to one of the most clever and influential women of the XVI century, Caterina De’ Medici, a woman belonging to the most important family of Florence, who later became queen of France. Caterina introduced many innovations into the French court, as the division between sweet and savoury dishes during a lunch, forks and panties for ladies!

A few notes about this dessert. Reading the recipe, it could seem a quite long and difficult procedure, but it is actually very simple, it only requires attention and dedication, and obviously a bit of your precious time, but I assure you that you won’t be disappointed with the result.

Its core ingredient, along with Pan di Spagna (an Italian sponge cake made without yeast) is the Italian Meringue, the best ingredient to give a soft and airy texture to a dessert. It requires the use of a sugar thermometer. The recipe calls for alchermes to brush the sponge cake: alchermes is an Italian liqueur made by infusing neutral spirits with sugar, cinnamon, cloves, nutmeg and vanilla. Its most striking characteristic is its scarlet colour. If you don’t happen to have alchermes, you can substitute it with rum, grappa, brandy or any liqueur you prefer, even with coffee. 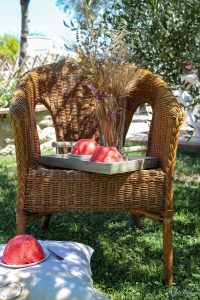