The diktat was clear from the beginning. The aim was to make one of those cakes that:

If you do not lick your fingers you enjoy only half of the pleasure. One of those that, although you won’t admit it even under torture, you dream to finish it spoonful by spoonful all by yourself, without sharing it with someone else. Or, better, maybe one of those desserts that you sit there with the little finger to clean the mould or scrape up the last crumbs so as not to see it lost.

Ele conquered me with the words by licking their fingers. From there on, I began to mentally browse through all chocolate and sweet-toothed recipes that came to my mind, but none seemed up to my ultimate goal… Dissolution of sinking a spoon into a heavenly and chocolaty cream. 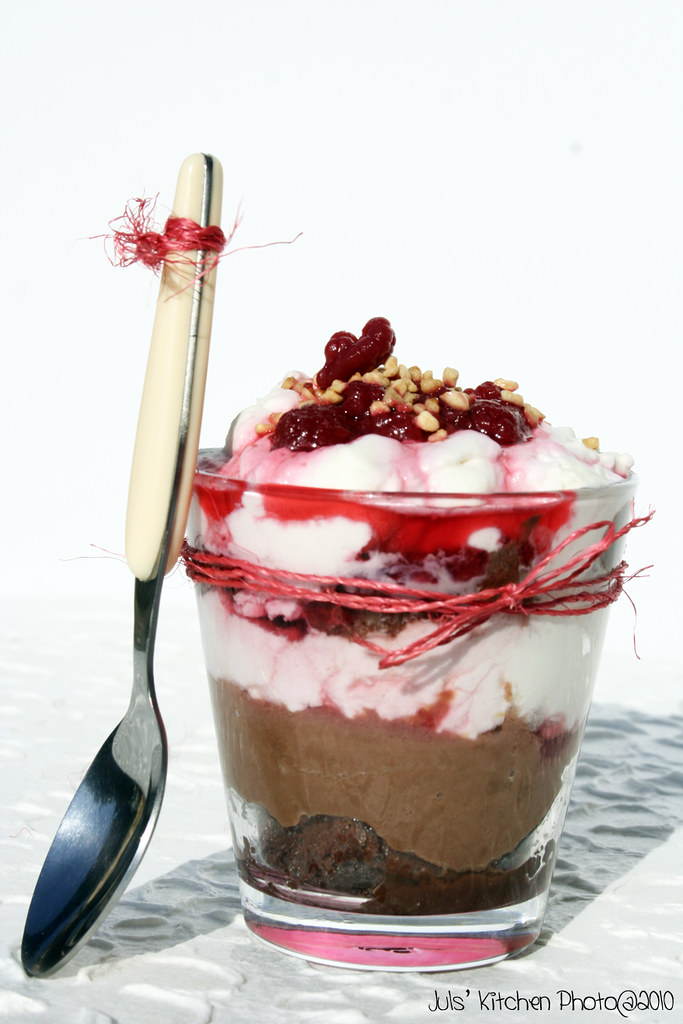 The solution was soon knocking at my mind, while my taste buds began to dance the hula in view of what was awaiting them: Extra Dark chocolate fondant – because it has been years that I wanted to do it, chocolate and orange custard – for a comforting and reassuring feeling to not loose yourself completely into the sensual swoon of fondant, whipped cream and raspberries in syrup – for a fruity and joyful touch. The result is a glass with chocolate … to lick your fingers! 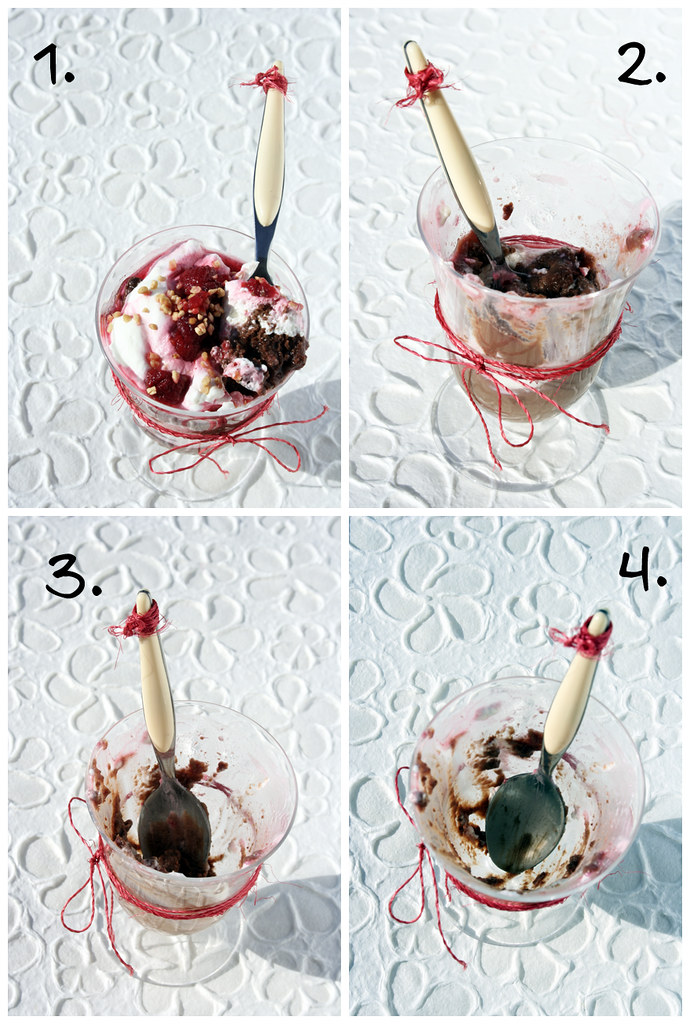 Preheat oven to 180° C. Melt chocolate and butter in double boiler. Add sifted icing sugar and stir until you have a creamy smooth and homogeneous mix.

Fold in whole eggs, one by one, beating with a whip. Pour into a plum cake mould lined with baking paper and bake for about 30 minutes. Remove vrom the mould and let cool on a tray.

Custard (*) with chocolate and orange

(*) This is not the canonical recipe, but this is what I always do at home, easy to make and tested for over 30 years!

Warm milk in a jug. In the meanwhile add eggs, sugar and flour in a thick-bottomed saucepan and stir with a whisk to a smooth cream. Add grated chocolate and orange peel, pour over the hot milk, stirring constantly. Put on low heat and stir with a wooden spoon until the cream is thick, veiling the spoon.

Remove from the heat, cover with cling film and let it cool.

Whip cream until stiff without adding sugar. I wanted a final dessert not too sweet.

Let rest in the refrigerator for at least one hour. With these doses, not considering the tablespoons of cream that you steal in the assembly, or the slices of fondant that – poor things! – will be eaten before their glorious end, I made 4 large glasses and 8 small cups. 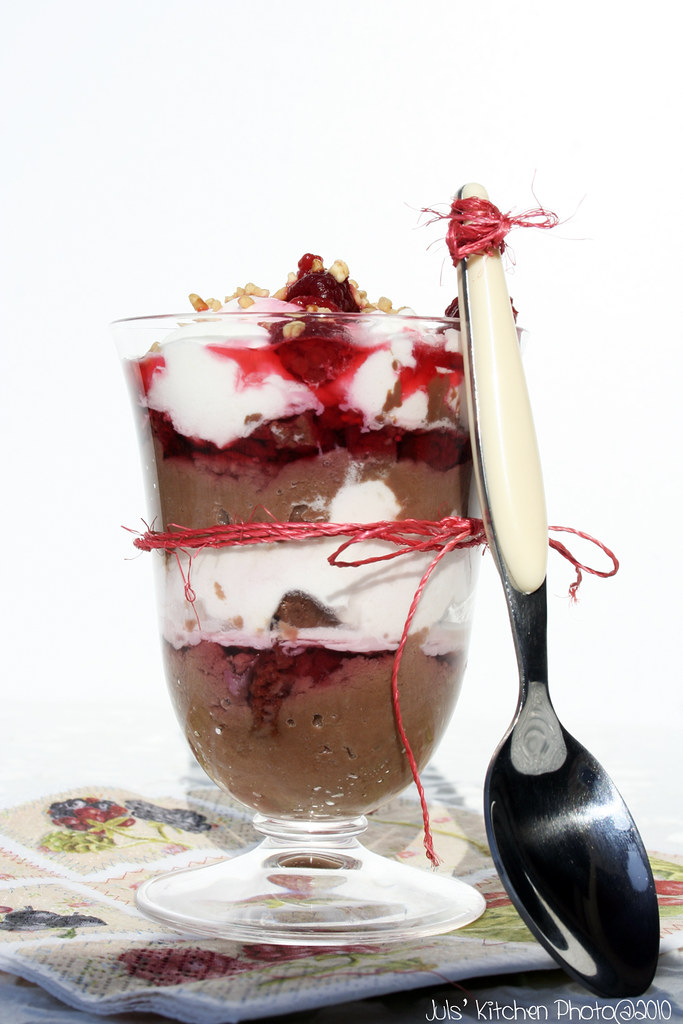 You have time till the end of February to take part to this competition! Hurry up!