This is not a dish for vegetarians, though it is one of the dishes that I most enjoyed making, let alone eating! When I first made this chicken galantina, it was one of those wrong evenings when everything was spinning in the opposite direction to where you would like things to go. I chose one of my favorite escape route, cooking. 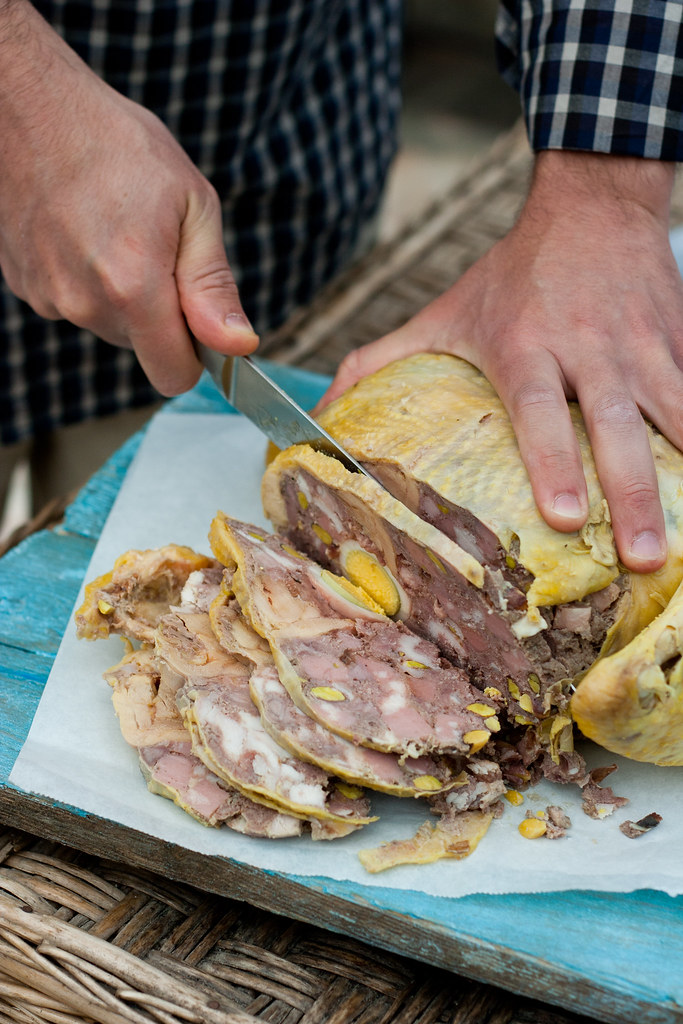 I chopped, cut and shredded, mixed all the ingredients and filled up a whole chicken, boiling it in a pot so big that it seemed a tub bath. When the next morning I took the chicken out from the broth I had the proof that every cloud has a silver lining… the tension and blue mood of the evening before had produced one of my best recipes! 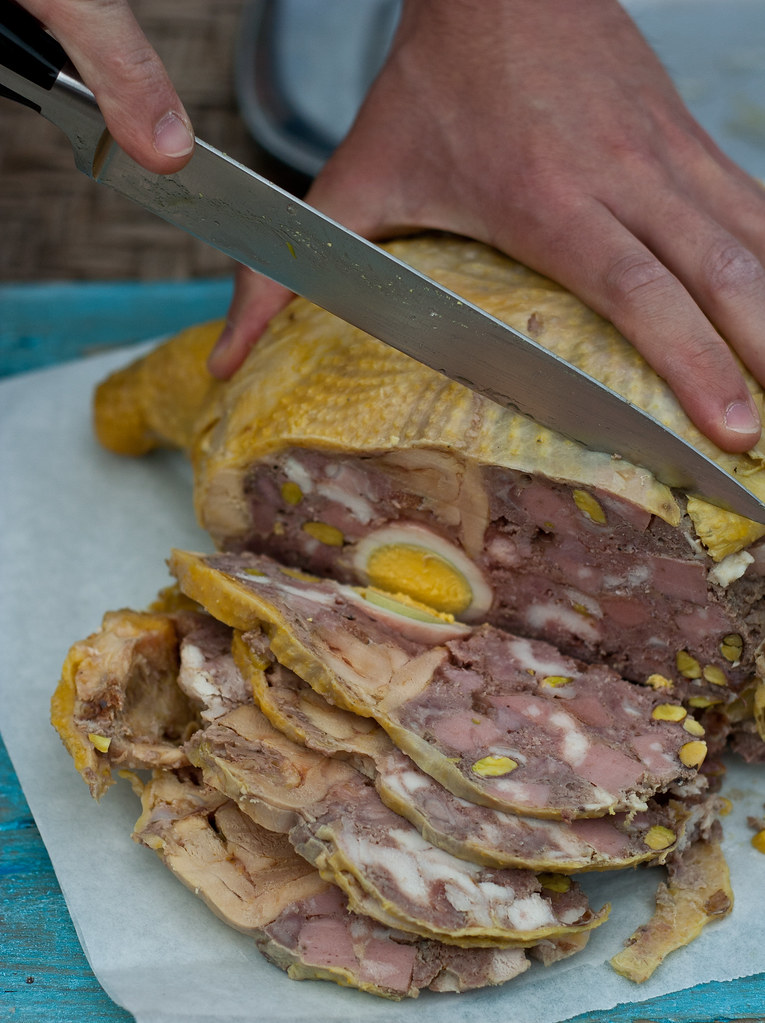 The ingredient list is long and the process may seem elaborate, but I assure you that the chicken aspic is a dish you can rely on to impress your guests and to be sure of the result. Trust this recipe, it comes directly from my family butcher. 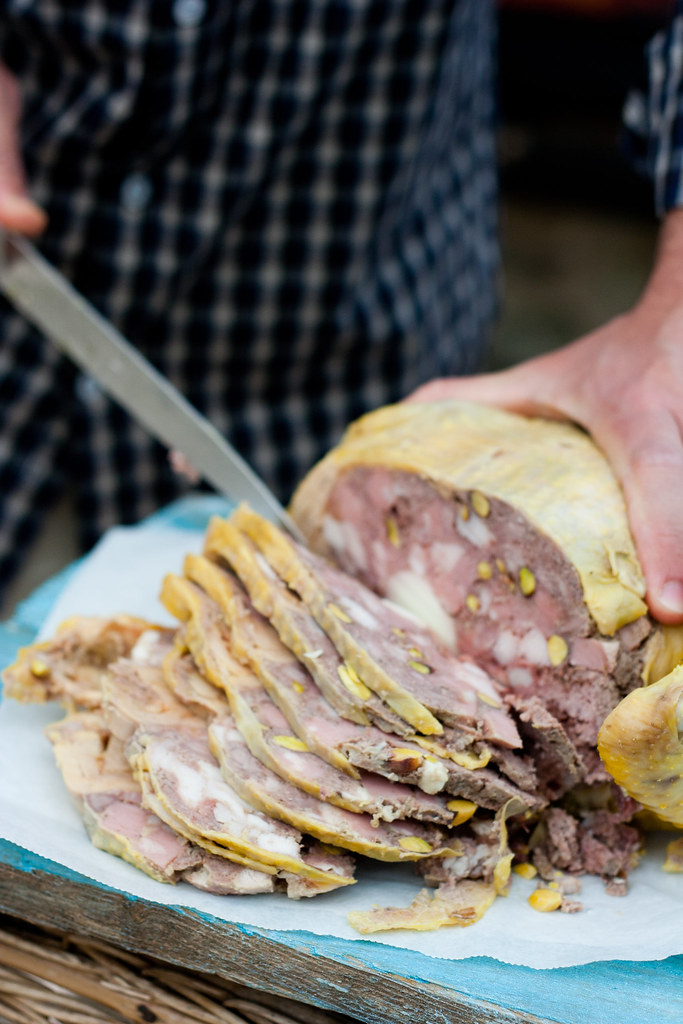 My hands have changed. Stuffed eggplants