Let’s talk about those profiles you have to fill up when you register in a social media. I don’t remember if I had to do something like this on Facebook, but I certainly had to fill up the profile on MySpace, and this put me in a difficult position. Gender: Female, and this is simple. Hair: brown, easy again, excluding streaks, highlights and temporary experiments. Body: that’s THE point. Body…

There were choices, of course: slender, yeah, right, in my dreams. Overweight: social suicide, no, I won’t write this word associated to myself! Robust: come on, it could be ok for an oak, for a wine or a beer, but not for a girl… Where does the feminine go? I’d rather use this word, Mediterranean. Yes, I like to define myself Mediterranean! 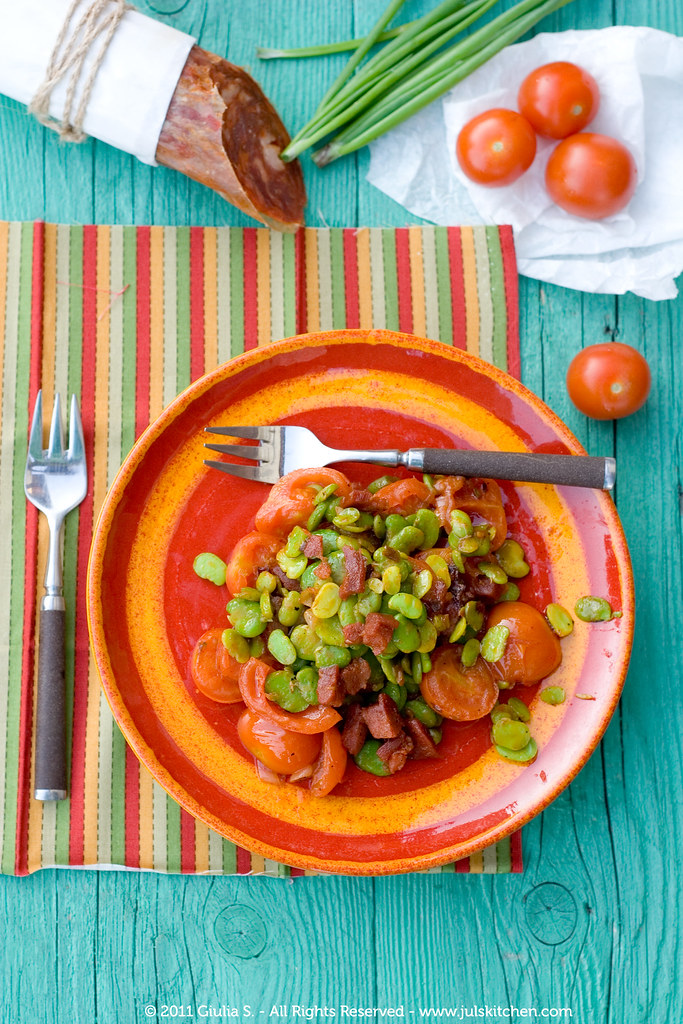 Mediterranean implies the banquet opulence of the people who historically worship the sacred hospitality, the warmth of a sun that ripens juicy fruit, the salty sea from which foam Aphrodite was born, the smell of aromatic herbs, the olive oil and the folk music that invites to dance.

Isn’t it better to define yourself Mediterranean rather than robust? It sounds much better, it should be legislated on it: you may not use the robust adjective to describe the body of a young girl. Mediterranean is an adjective that immediately boosts you self-esteem, a natural prozac! 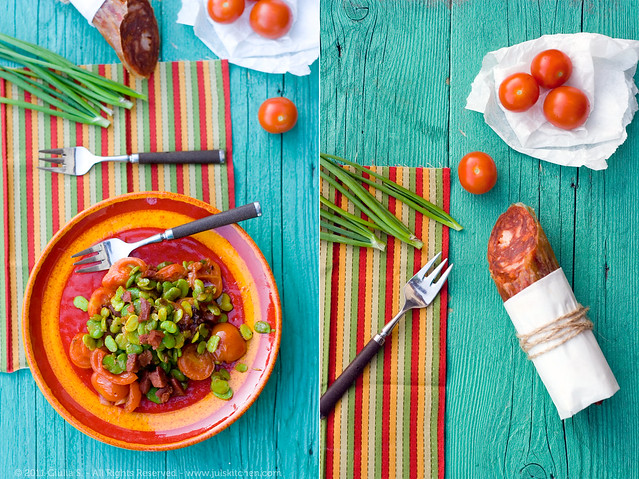 Two weeks ago, in Barcelona for an event with other European foodbloggers, I saw the Mediterranean word resonating in every alley, in the generous smile of every woman, in any shady yard, in every rich and flavourful dish. I wandered in the neighborhood of El Raval, I got lost admiring Gaudi’s imaginative volutes, I breathed the sea breeze at the port and, above all, I heard the voices of the Mediterranean people at the Boqueria, one of the most beautiful food markets in Europe. 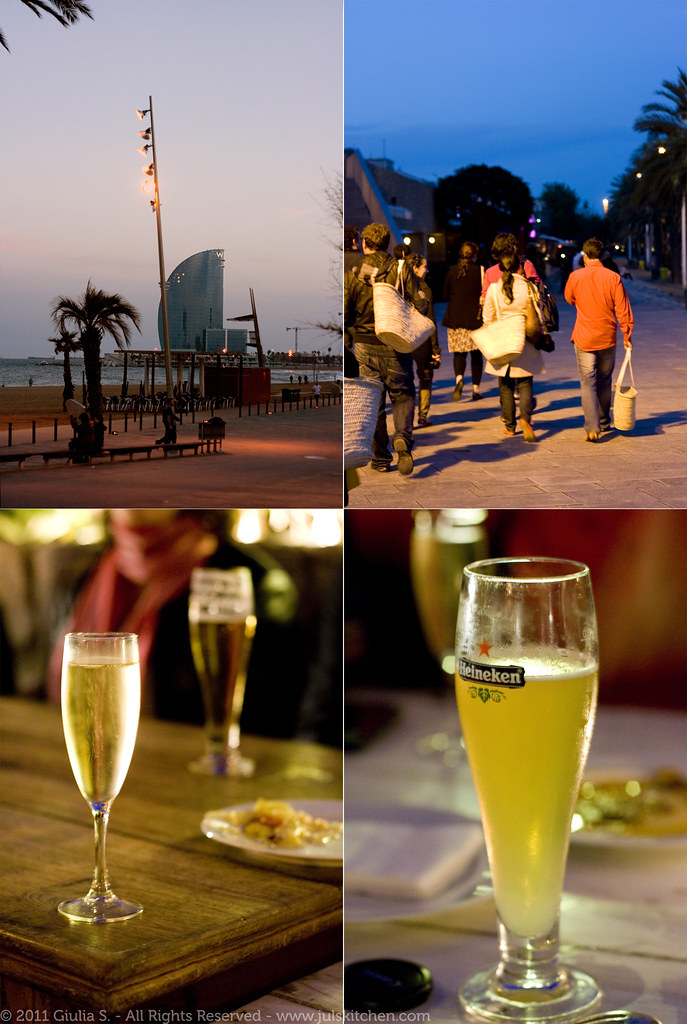 From the Boqueria I brought home a piece of chorizo and a small parcel of pimentón, a tasty smoked paprika typical of many Spanish dishes. Here’s what I did with my treasures.

You can perceive the vibrant Mediterranean soul that shakes this side dish directly from the colours, but certainly the Mediterranean accent isn’t limited to the nuances: the fava beans, for example, are very popular in the Italian cuisine and in the southern France traditions as well. Italy lives in this side dish thanks to the sweet Pachino cherry tomatoes and the match between beans and sausages – typical of many local recipes -, while Spain, perhaps the main country, is represented by the chorizo and the pimentón. 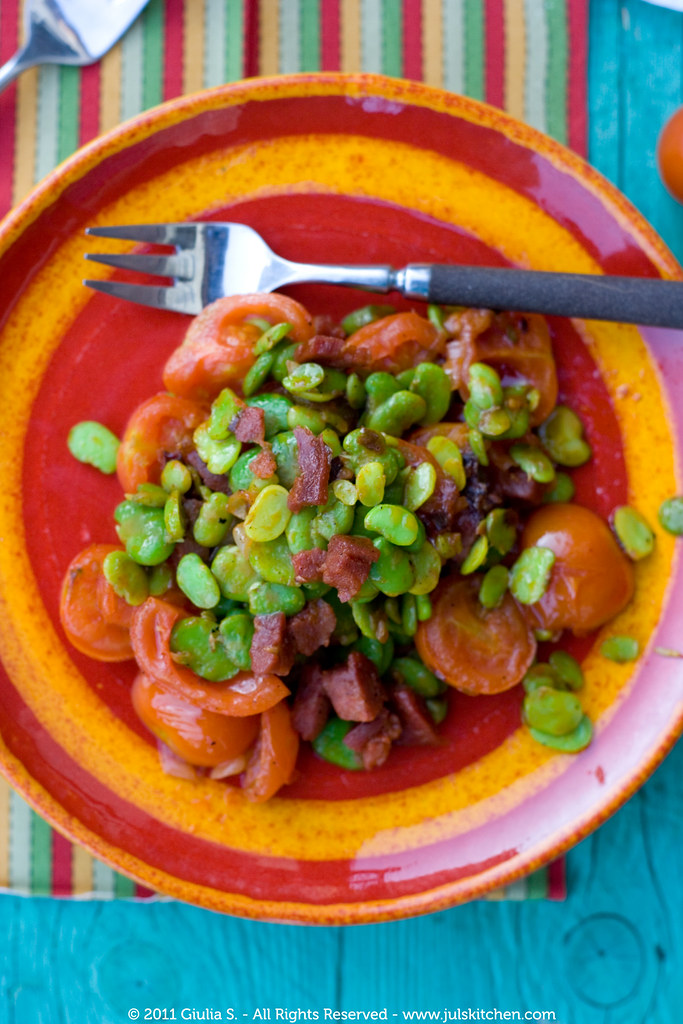 I admit that the process of preparing the fava beans is quite long, it will take at least twenty minutes, but I assure you that it’s worth it because this reduces greatly the cooking time: the tomatoes are so juicy, just browned on the outside, while the fava beans keep their grassy flavour and their fresh green colour. To finish the mental picture of the dish that you have just depicted, add chorizo and pimentón to richly glaze the beans and tomatoes, making them shiny and tasty. Did I convince you? 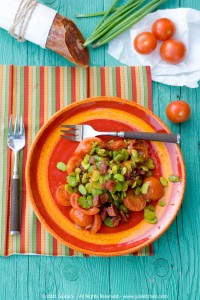 Fava beans with chorizo and pimentón 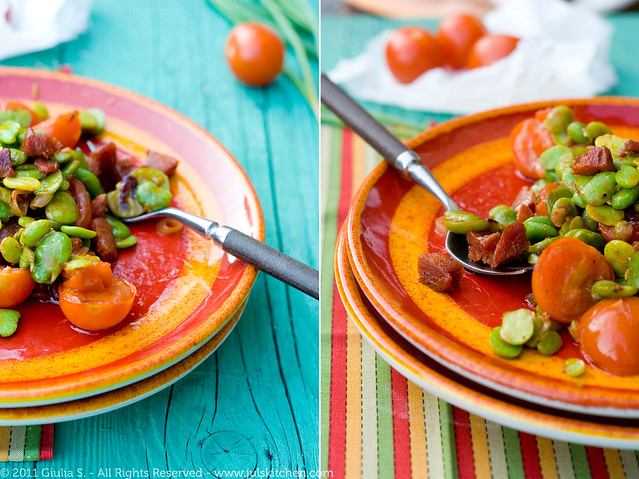 Before bringing you with me in a short trip to Barcelona, it’s time to announce who won the How to feel like a princess with a very low budget give-away: you made me astonished, amazed, deeply moved. You made me smile and you gave me something to think about, but eventually I had to choose one. Ruchi, please send me your address and soon you will receive a little low budget parcel!

And now, take a seat and let’s go to Barcelona! 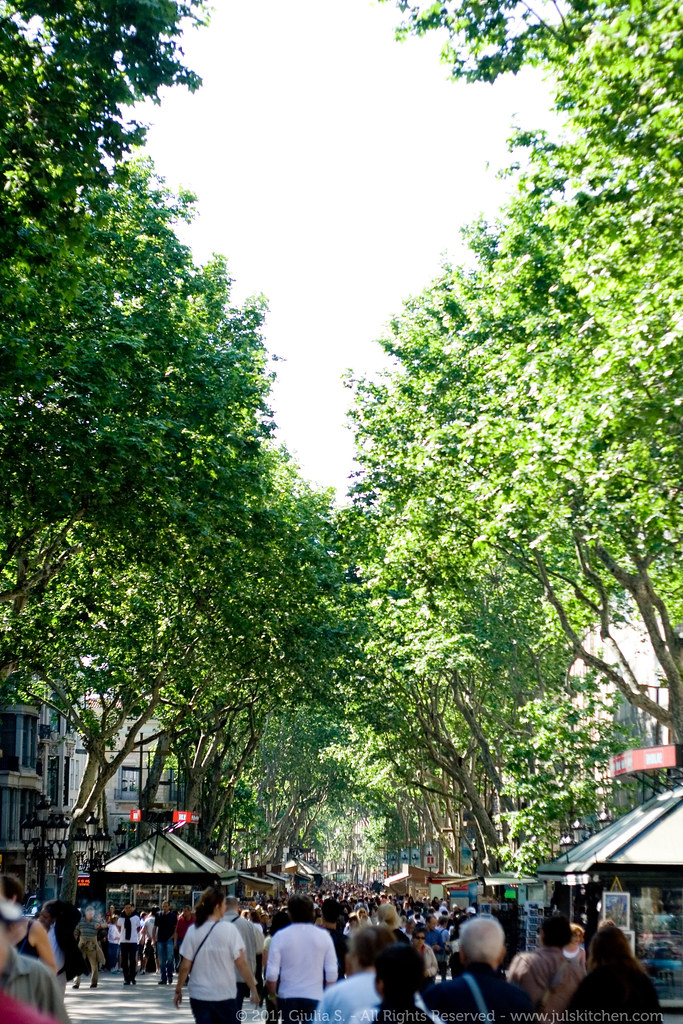 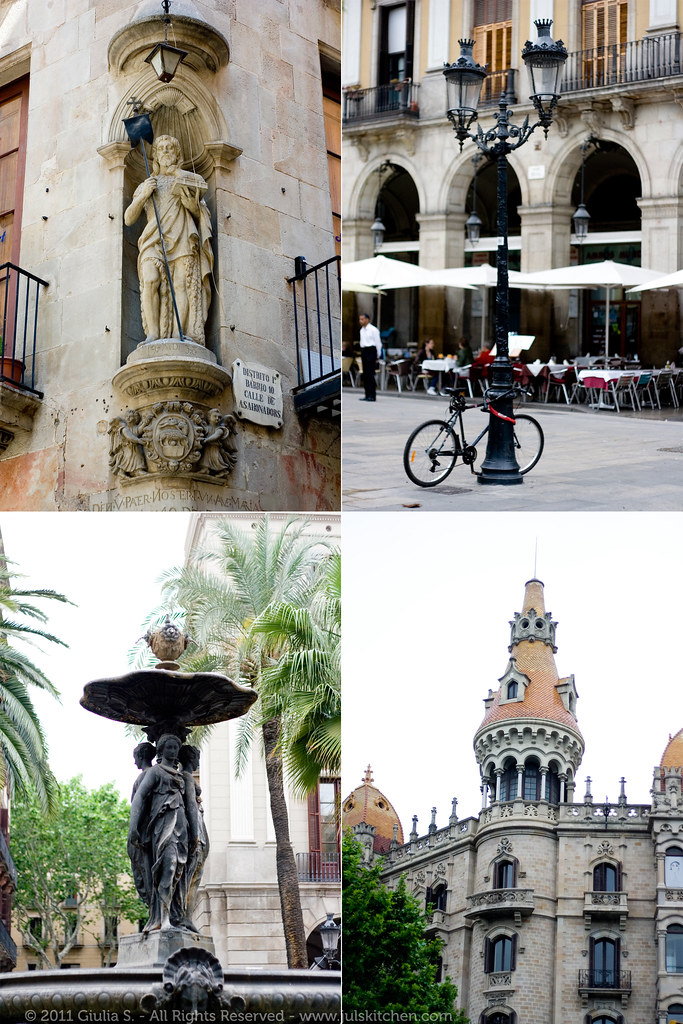 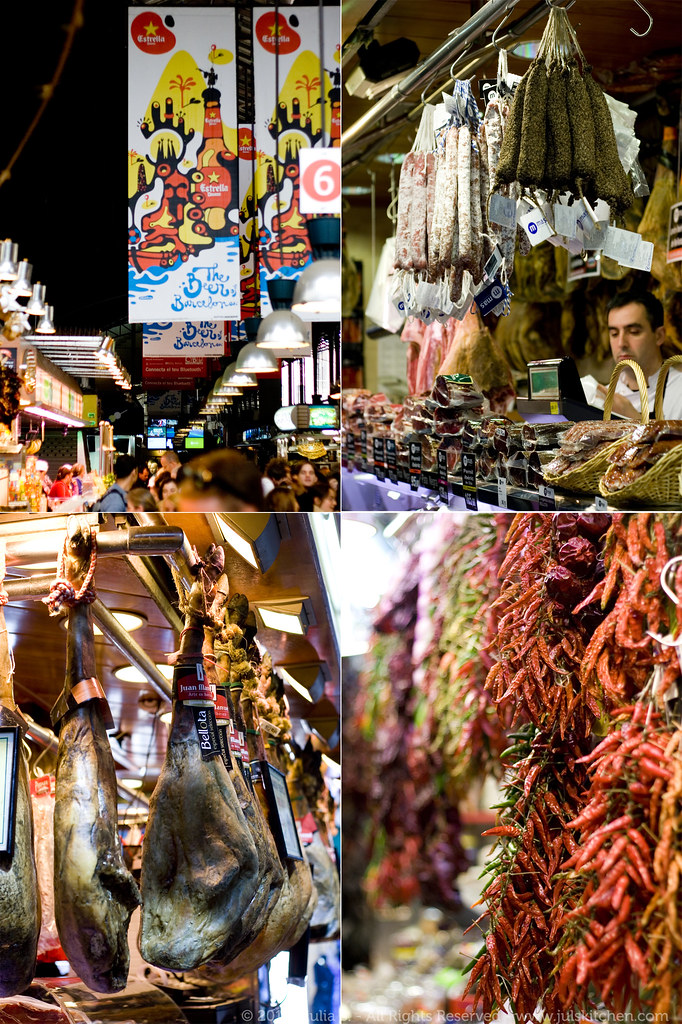 Me, myself and the happy hour: fava bean, salami and cheese muffins