I have already told you that in my family there are a few culinary dogmas that have to be met and that characterize our lives since childhood. In addition to the dogma referred to legumes, you have to observe the one about stuffed vegetables, one of the main dishes I truly adore in summer, a dish able to sketch – with vibrant colours and entangling aromas – many evenings spent chatting around a table under a ceiling of olive branches and stars piercing the black velvety sky.

You deeply sense the weight of tradition with stuffed vegetables, of how things should be done, but you can also appreciate the confidence that a combination of ingredients studied and refined through years of tests and trials can give you in the kitchen. 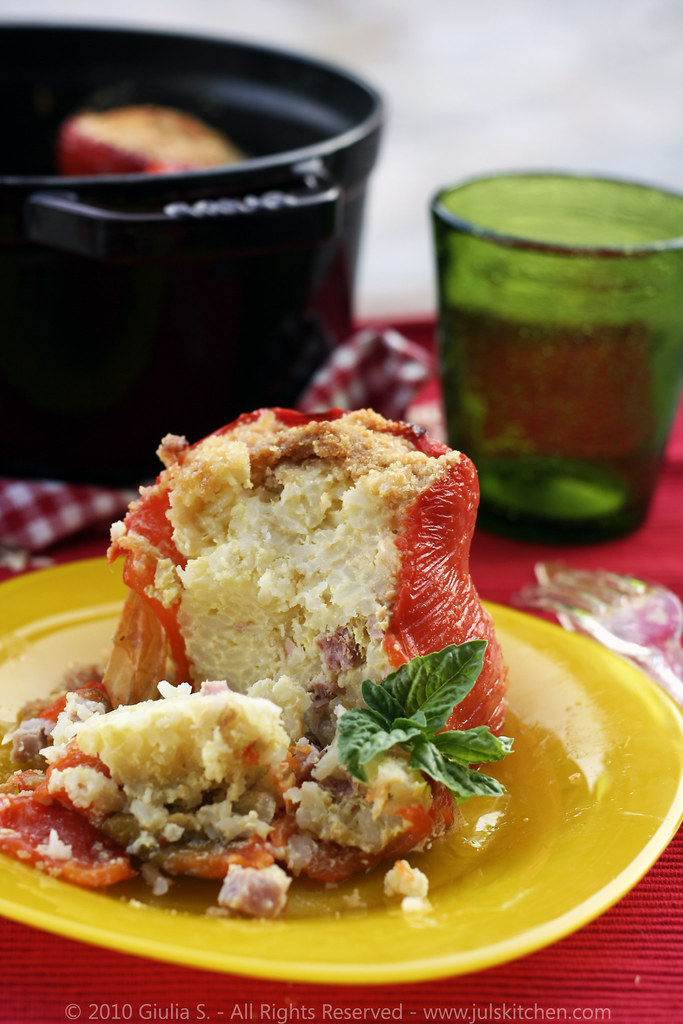 The rules at home are very simple. Stuffed eggplants? No doubt, make them with minced meat and tomatoes, an ever since true statement, as it is true that Christmas falls on December 25 each year. Stuffed zucchini? What a question?! Fill them with tuna and breadcrumbs, a combination that always works and that every summer shows up in the kitchen as fireflies do in the fields. Stuffed tomatoes? Cook them with a fresh cheese and basil, or bake them with a sprinkling of breadcrumbs and capers. Stuffed peppers? Use rice, absolutely rice, a neutral base that can be varied as desired with the addition of some ingredients that give character and flavour to the dish.

These are the rules that give enough self-assurance to those who approach for the first time a recipe, as to lead them to add a touch of creativity to the recipe. Besides the rules, then comes the trial, which grows and gains confidence because it has years of efforts, trials and errors under its belt. 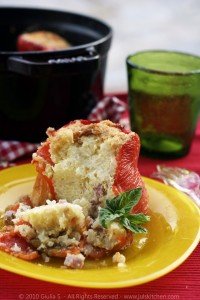 Tasting test. The winning flavour of the whole recipe is the cooking liquid made of olive oil, vegetable stock and onion, as it is cooked slowly and blends with the flavour of the pepper. When you pour a few tablespoons of cooking liquid over the peppers before serving them, all dormant flavours and aromas awaken and revitalize the plate, making this simple stuffed vegetable one of the most representative recipes of my summer.