Last week I made for the first time a meat broth. As long as I lived with my parents – a year has passed since I made this first floor apartment overlooking the Tuscan hills my gracious palace – it was out of the question that someone else could make the broth, it has always been my mum’s task. In this first year of life alone I never had the time and commitment to make a meat broth just for myself and I often enjoyed the broth which mum or grandma would make also for me, a steaming pot of comforting golden broth. 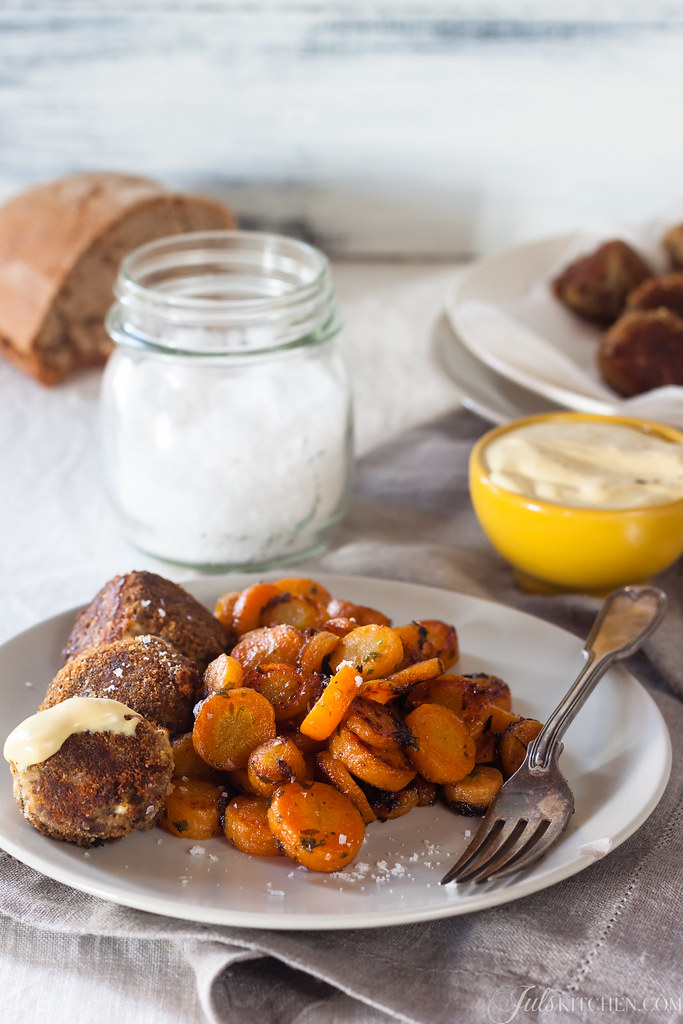 Then came the weekends when I could finally cook and do the shopping for two people, rather than just for me. I might sound naive, but it’s fun, exciting, a true discovery. I’ve always chosen the food and dishes to make according to a principle well known to foodbloggers: I’ve already posted this on the blog, let’s do something new. Well, this rule is no longer valid, and I eventually got to choose simple, daily recipes. The gloomy grayish days awoke the desire of a classic meat broth, so I started looking with curiosity at the butcher counter, looking for the most suitable pieces to make a tasty broth. Cheek, tongue, and a piece on the bone were my choices.

I came back home, I opened Ada Boni’s book, The Talisman Italian Cookbook

, and I put on a huge pot of broth. Ada Boni advises young ladies in marriageable age that if they want to have a good broth, they have to put the meat in cold water, so that little by little all the substances and the flavour of the meat will enrich the broth. However, you would rather end with a fibrous and not very tasty piece of boiled beef. If, on the other hand, they are aiming at a tender, juicy and full of flavor piece of boiled beef, they’ll have to put the meat in boiling water, along with the vegetables. The broth, as you may expect, won’t be anything special.

What to choose? I was already foretasting my home made rich broth with tortellini – store bought tortellini, no Wonder Woman round here – and a generous amount of grated Parmigiano, but also a beautiful piece of juicy boiled beef to be eaten with boiled vegetables and homemade mayonnaise. Ada Boni comes to the rescue of us novices: she suggests to start with a piece of meat in cold water, choose the cut you are less interested in, then wait for the broth to boil and then add the rest of the meat, along with carrots, celery and an onion with a clove.

So I did, and after three hours of waiting, slow boiling and the crazy sound of the extractor hood fan, I had my first rich broth and my first juicy boiled beef. You can just imagine how happy and proud I was. 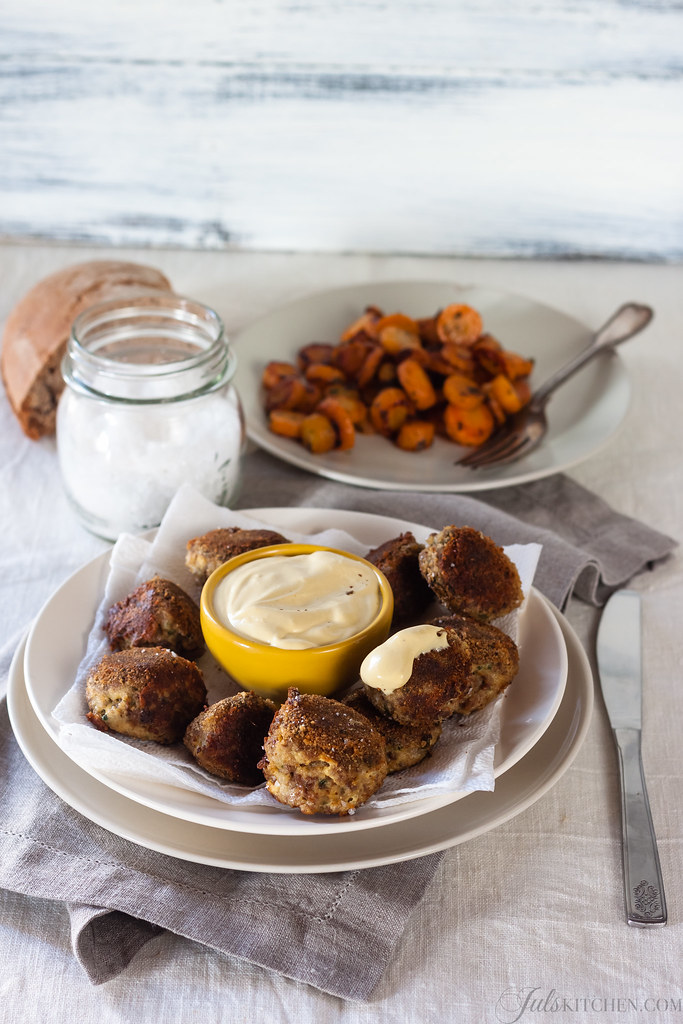 The only problem was that, as usual, I was misled with the quantities and I made a huge pot of broth and almost a kilo of boiled beef. We definitely put an effort to finish everything: bowls of broth with tortellini and Parmesan filled to the brim, juicy boiled beef eaten with soft carrots just removed from the broth and homemade mayonnaise… but I had plenty of leftovers.

The leftover broth was filtered into a plastic bottle and stashed into the freezer, to warm up one of the next rainy evenings. The left boiled beef and carrots were instead turned into a dish that seems almost sophisticated, cheek and tongue meatballs with mustard glazed carrots. Nothing else but a creative use of leftovers! Instead of warming up the left pieces of meat, I put them into the grinder and seasoned them with garlic and parsley, I added an egg to bind all the ingredients together, then I made small walnut size meatballs and fried them quickly in a pan until golden brown.

The carrots, those carrots bleached out by a long cooking in broth but still soft and tasty, what to do with them? I sliced them neatly and put them in a pan with a drizzle of olive oil, salt, pepper, parsley, a teaspoon of strong mustard and a teaspoon of dark honey, not too sweet. It took a just few minutes to transform those sad leftovers into a colourful side dish that almost stole the scene to the cheek and tongue meatballs. To conclude the perfect meal, a few tablespoons of homemade mayonnaise and some whole wheat bread. 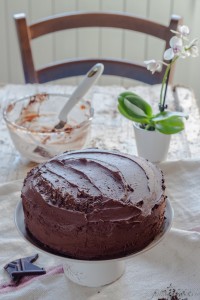