By nine o’ clock in the morning I had already kneaded a bread, made with a good local and organic flour. It was raising into its basket underneath my blankets, as the oven had to work overtime to bake a rice cake, a banana bread and some beetroots for a quick spread on toasts. Another batch of strawberry jam was already simmering on the stove. I soaked the strawberries the night before with lemon juice and a plump vanilla pod, split open. Just imagine the intoxicating smell. 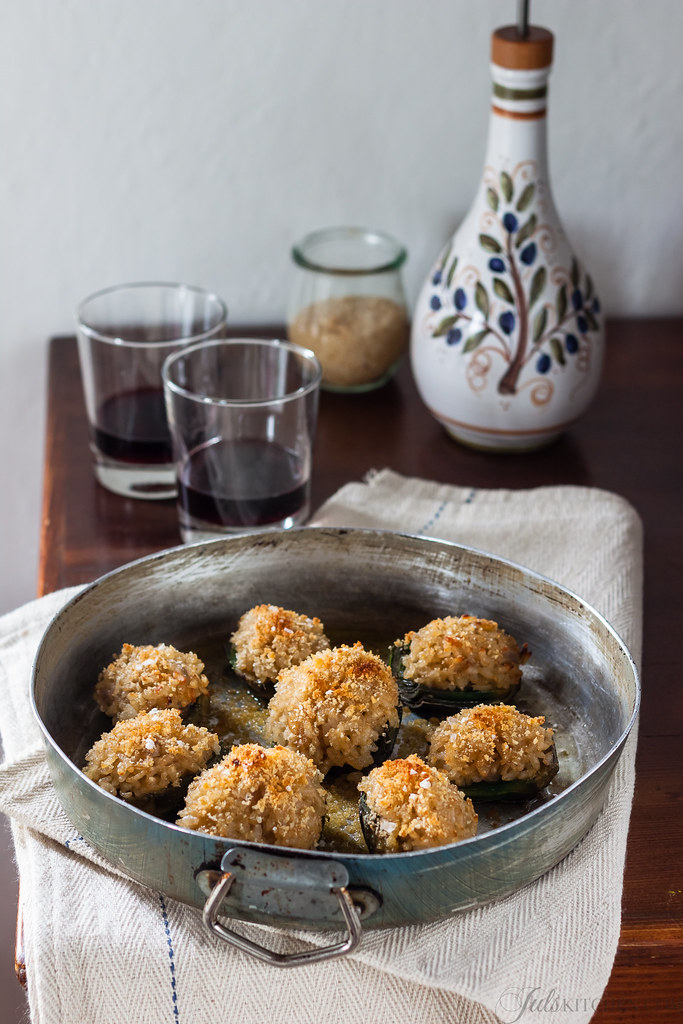 I run behind Noa for quite some time in the garden, as she was scared by the unusual and far away noise of an air balloon flying over the fields and woods in front of my house. Kira used to hide in the most remote corner of a store-room, but Noa is bolder: she was afraid but she forced herself to run across the garden, up and down, barking, then she lost her courage all of a sudden and she hid behind my legs. Huge as she is, she gets scared for nothing!

At the end of the day I had made three strawberry jam jars, two bread loaves, three cakes, chicken and cheese rolls for dinner for my boyfriend and two recipes for the book. You can definitely call it a productive day. 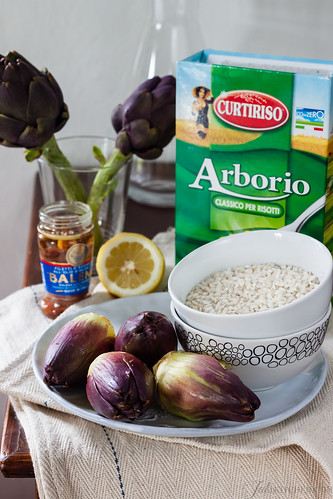 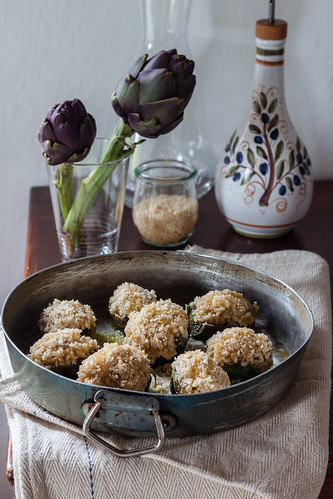 So I basically forgot to share this recipe with you, but I was so impressed by the power of a few fillets of anchovies not to make you part of the secret of this risotto.

This is the fourth recipe of the rice based menu for Curtiriso. I tried to meet my father’s taste. He loves stuffed vegetables, which are usually a summer treat: tomatoes, eggplants, peppers and round zucchini. Since I had beautiful artichokes I browsed through Ada Boni’s cookbook again and there I found them, risotto stuffed artichokes.

You’ll be amazed by the taste of this risotto, which, by the way, could be even served as it is. A cup of good Arborio rice, a few fillets of anchovies – preserved in oil or brined, this is up to you – a wedge of a thinly sliced white onion and an energetic stirring turn three daily ingredients into a risotto with the taste of sea breeze and holidays. 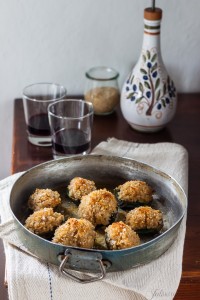 Have a great weekend, I’ll try to finish some work to meet my deadlines but most of all I’m really looking forward next week for a few days of fun with two blogger friends!

Crisp rice gratin with sausage and artichokes. Another way to use leftover risotto