In my other life, when I used to study and work in marketing and communication, there was a theory founded on the four Ps, namely to build a successful marketing strategy you have to work on the following aspects: Product, Price, Place, Promotion.

Then – as it usually happens – the theory was developed and they added a fifth P, People. The people working to sell a product or a service should know everything about what they are going to sell, be perfectly aware of the story behind a product, the advantages in buying it. In a few words, they should convey to the customers emotions, passion and experience. 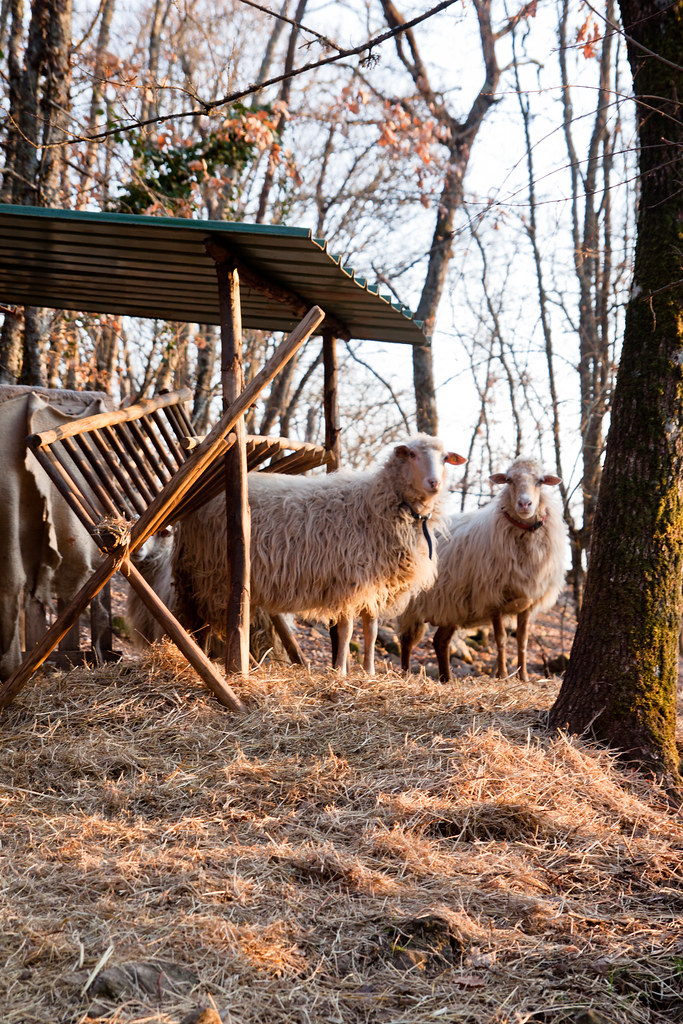 In La Petraia the place was beautiful beyond any expectations, calm and almost mystic, the food was soulful and unconventional in its presentation, the idea behind the project revolutionary…

But I was sold on the people. It’s not that they knew everything about la Petraia and were brilliant in communicating this, all of them were enthusiastic about the place they were working in. You could sense from their words that they truly believed every single word they were spending on the project. 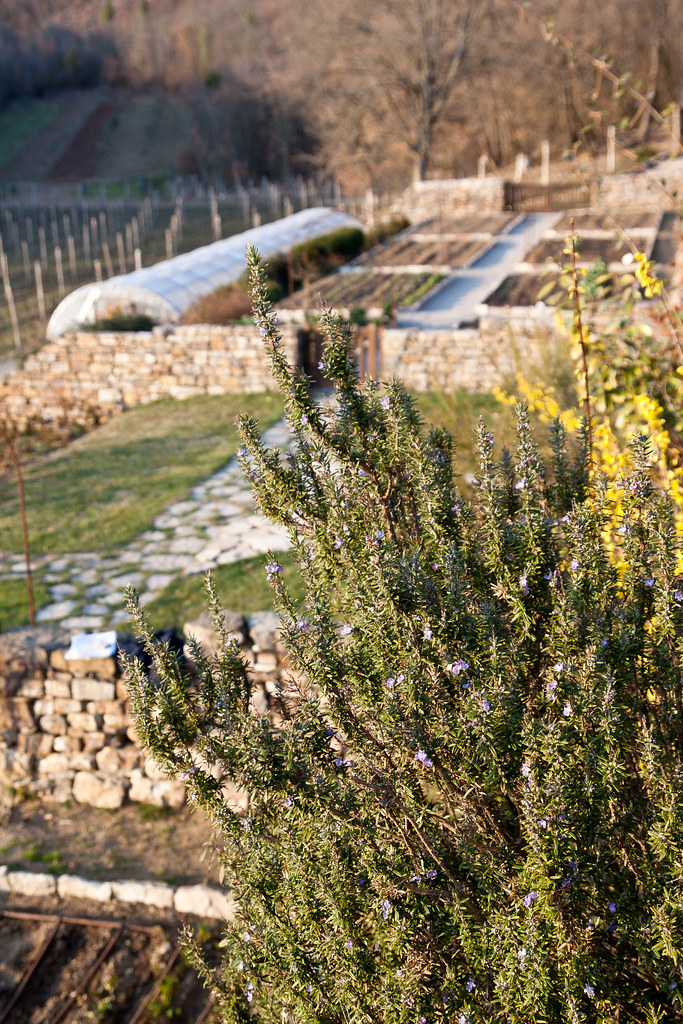 The road to get there is breathtaking, both for the views over the tumbling hills patterned with vineyards, and for the steep white road you meet on your way there.

Though, as soon as you spot La Petraia at the bottom of the hill, surrounded by a lavender field that will give its best in the blooming season of June and July, you cherish every single bend and slope you drove through to get there.

La Petraia is a Tuscan agriturismo, a country inn on a working farm of 67 hectares in the Chianti Mountains. The house was built in the XII century, while the Canadians owners, Micheal and Susan, bought it in 2001, breathing new life into a long dormant property. The core of the house is the vegetable garden beside the kitchen, then a henhouse came along to provide Susan, the chef, with fresh daily eggs. 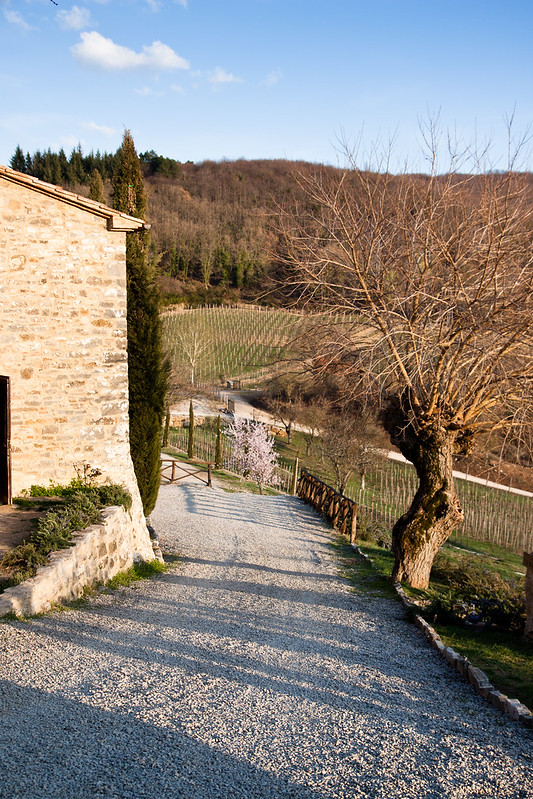 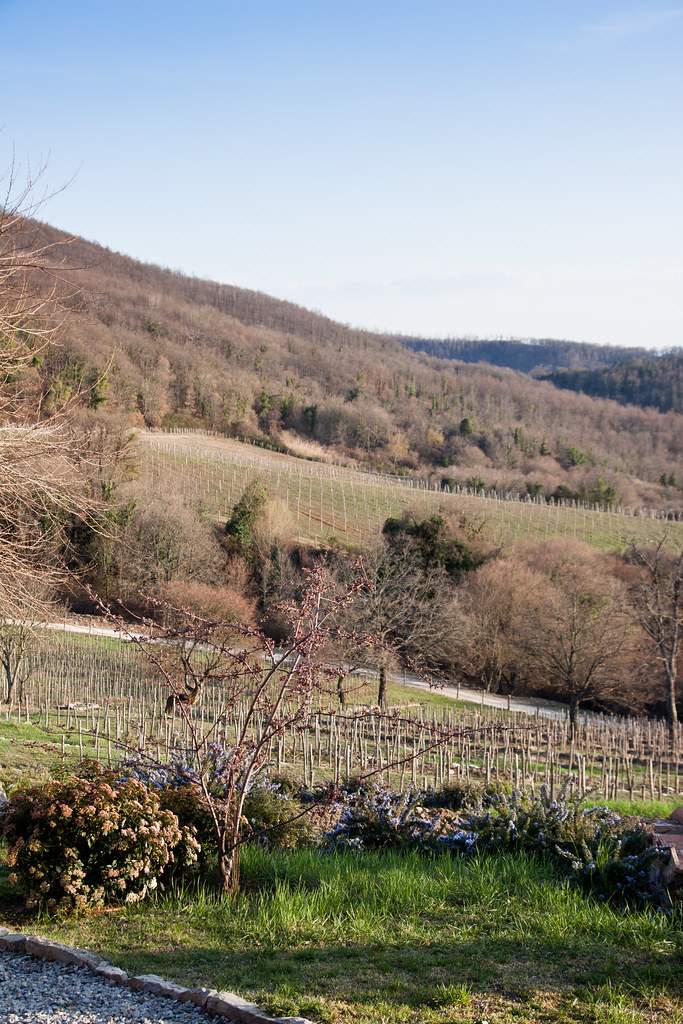 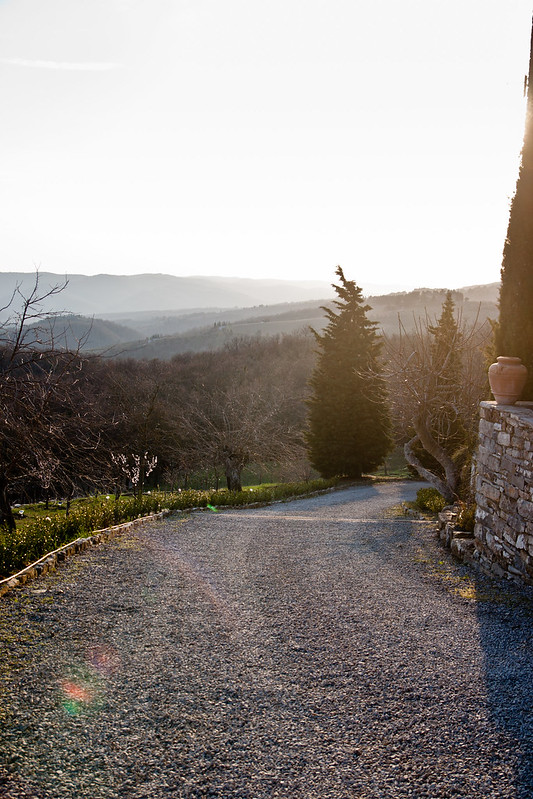 So far, nothing striking new. The Tuscan landscape is flecked with small family run agriturismi, offering a real experience to their guests.

If you remember, I was referring to a revolutionary idea behind the project. They restored the house and gave new life to the land with an ecologic intent: organic, biodynamic, then a global system where is Nature to dictate the rules. They chose a sustainable and self-sufficient system, something natural and easy to maintain when there’s a great variety, namely chaos.

They produce their own vegetables, meat, fruit, milk and honey. The olive trees they planted are beginning to produce olive oil and the vineyards wine. They are rising animals like the Cinta senese pig and the Valdarno chicken that teeter on the brink of extinction. In 2006 they embarked on a project with the province of Siena to grow several varieties of heirloom fruit trees once indigenous to the area but now almost extinct. 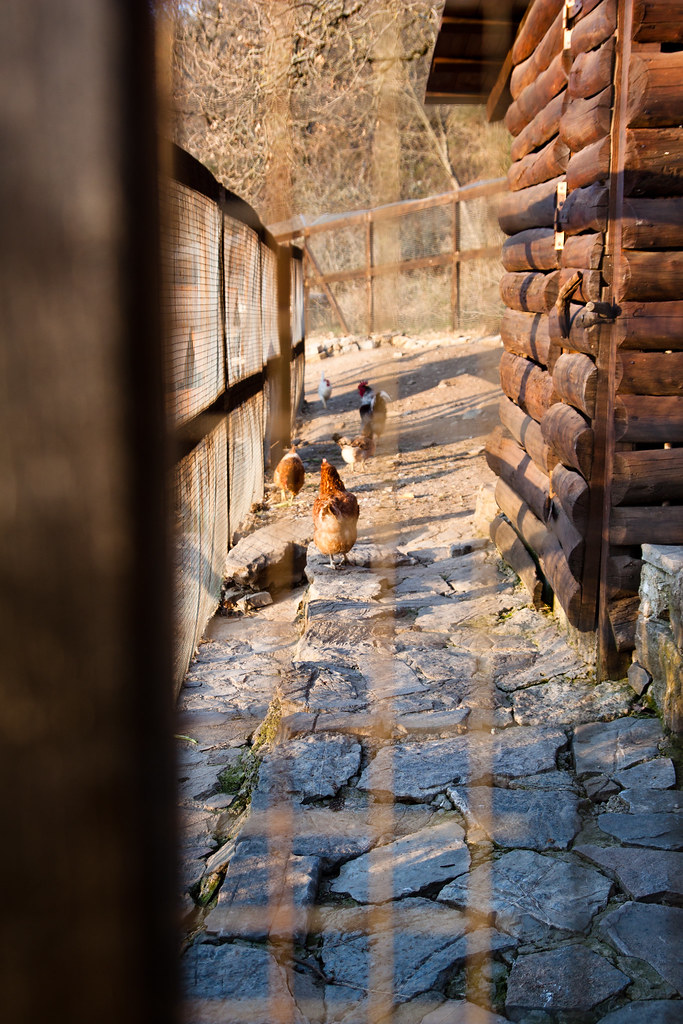 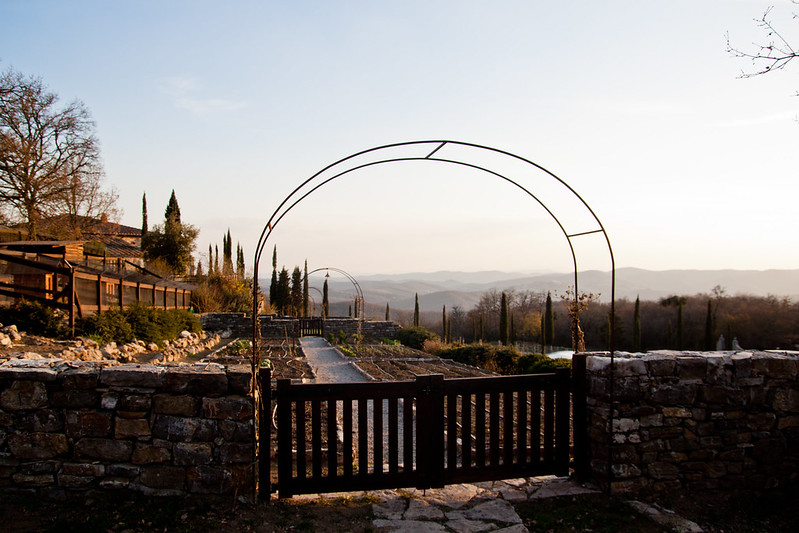 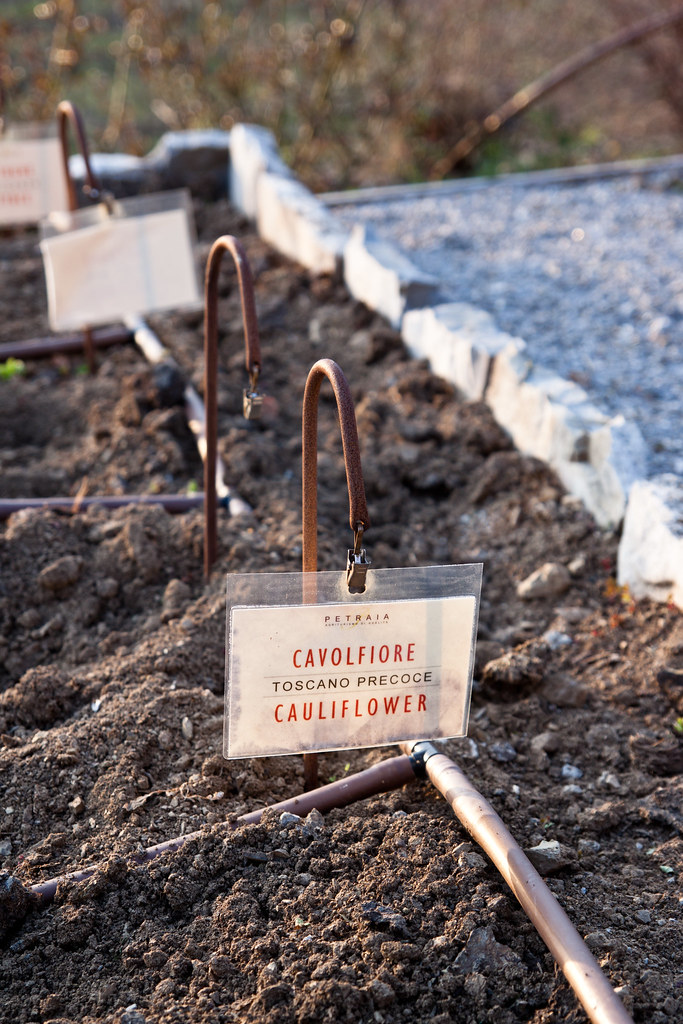 The step beyond biodynamic means that they accept the illness as a part of the system: if the 10% of the apples production gets spoiled, it remains into the system as food for the animals or becomes compost to be used in the fields.

In the orchard they grow several local heirloom fruit next to more international and standardized ones. Well, they proved that the local Pera Volpina or Pera Casetta do not need anything to survive, is Nature who takes care of them, while the international species tend to die, if not properly looked after. What started as a brave experiment is now a confirm. 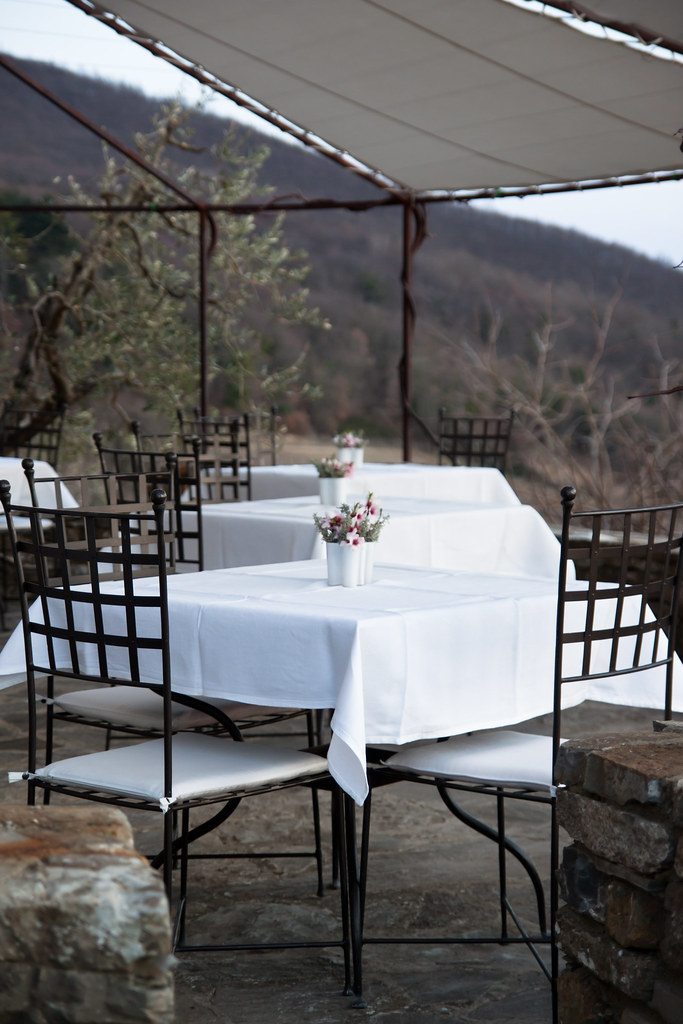 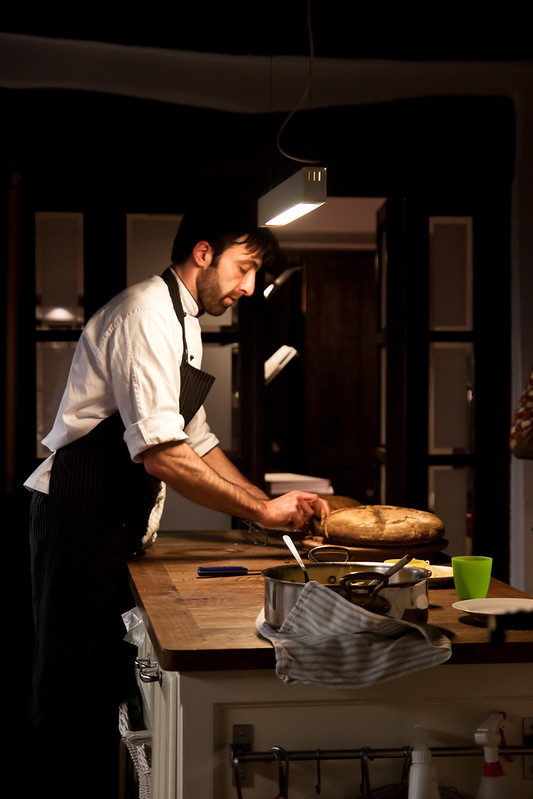 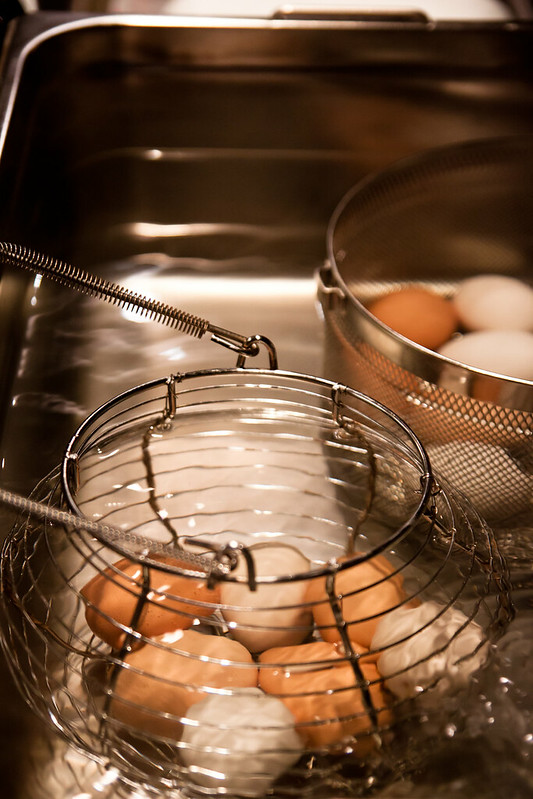 Then the food: humble as foraged herbs can be, soulful, inventive, comforting and far from the beaten tracks of pici al cinghiale and tagliata that you can find in every touristic restaurant in Tuscany.

Seasonal dishes created with skill and sensitiveness by Susan, a vegetable garden laying just outside the kitchen door and peeping inside through fresh herbs, fresh daily eggs and edible flowers. Then you finish the dinner with the honey scented mead and home-made pralines and fruit desserts: it’s like sitting at the Elves’ table, an unrivalled experience.