Phoebe was slicing ​​asparagus and spring onions with proved skill, you could tell she had a past in a kitchen and that she was not intimidated by sharp knives. In a short time, next to her cutting board, she formed a heap of thinly sliced green and white spring onions and thin slivers cut from the asparagus stems. I could not summarize my idea of ​​spring cuisine any better.

During a cooking class, once in a while, I cut myself off from what is happening in front of my eyes and I see a dish coming to life. It can be a texture, a colour shade, or the delicate sizzle of garlic frying in the olive oil. In a game of references and associations a dish appears and goes on its way, free. 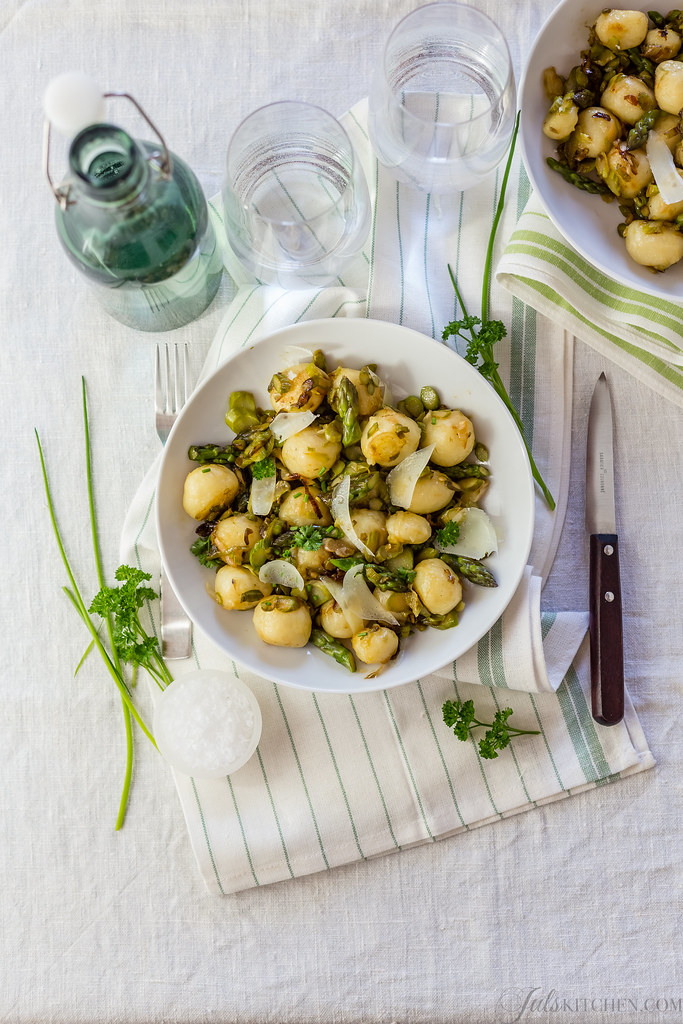 These potato gnocchi with asparagus and spring onions, born by simply teaming up what we had bought in the morning at the market, became the representation of Spring in the kitchen and imposed themselves as first course in my Easter menu.

Meanwhile chats and questions continued during the cooking class, we prepared a cheese board as antipasto, we cooked a main course and we baked a dessert, we toasted and took pictures, but in the back of my mind that bowl of gnocchi made a small miracle. It awakened a longing for lightness associated with the good season and laid the first step of an Easter menu, maybe not quite traditional but certainly inspired by the seasonal market produce. 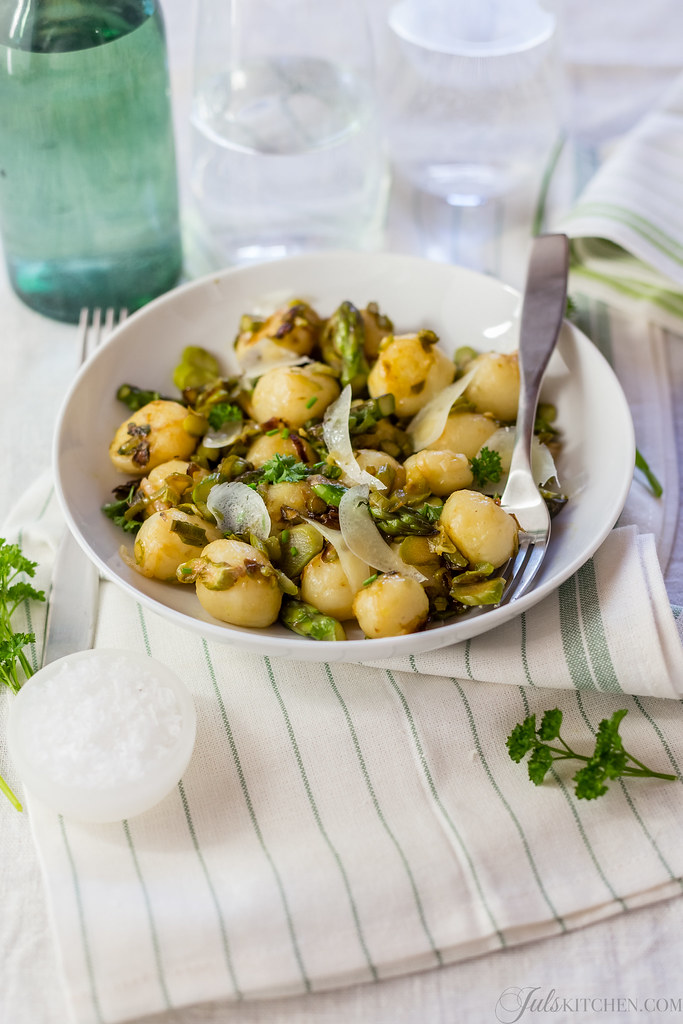 Last year I had a revelation for Christmas, whether dictated by age, by the fact that I spend most of my awaken time in the kitchen or by a bad flu which had struck me right in the hours prior to the big day. We have never been a traditional family for what concerns holiday menus: there are rules and pairings which are carved on the stone in our daily eating habits, but when it comes to what to cook for Christmas or Easter we have always been quite free.

Always seasonal, always Tuscan, but not necessarily tied to the traditional braised capon, roasted lamb or stewed cardoons. We have decided not to cook an endless meal which would invariably leave you exhausted at the end of the day, but to opt for an essential menu, with a few key dishes. That’s how I came to the idea of this Easter menu, which begins today with gnocchi and will end next week with a main course and a dessert: three elegant recipes, with a short ingredient list. All the ingredients can be found on the market stalls in these days and work nicely together.

Gnocchi with asparagus and spring onions is a seasonal first course. The vegetables are cooked just enough to soften and embrace the gnocchi, so pillowy that melt in your mouth. Fresh herbs add an herbaceous hint that perfectly complement the asparagus, while pecorino, a true classic, brings this dish back on the tradition track. 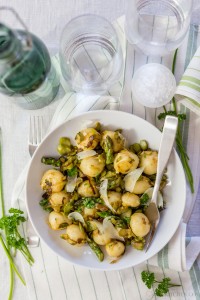 Gnocchi with asparagus and spring onions

To make the gnocchi:

Make the dressing for the gnocchi 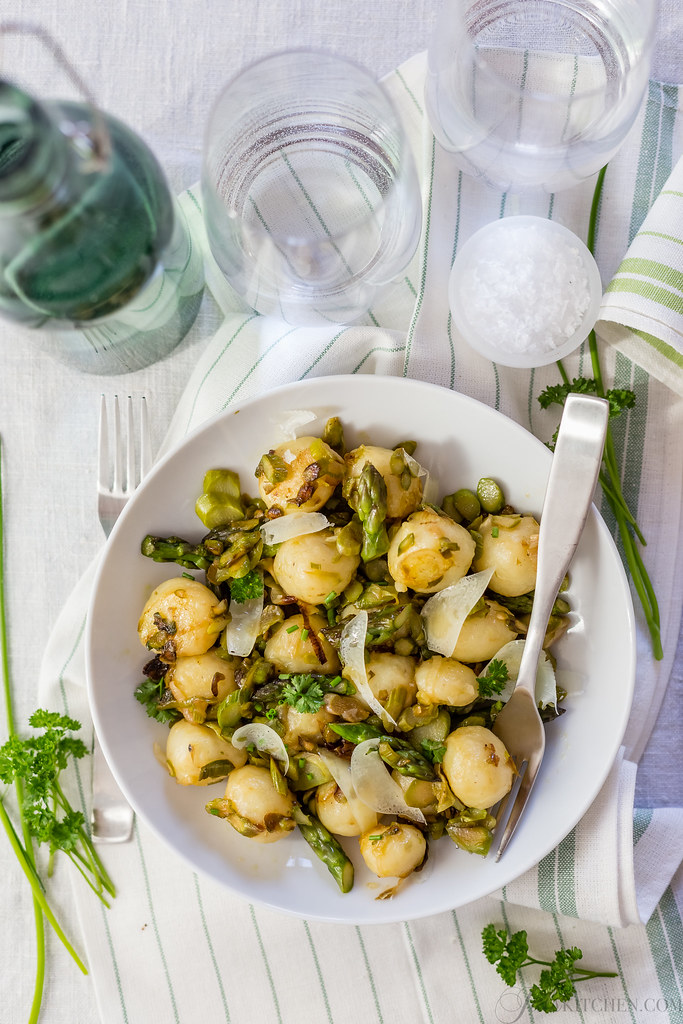 Asparagus and ricotta crepes for Easter

Rita, Nigella and me: in praise of imperfection. Torta margherita with limoncello
asparaguspotato starchpotatoes