Ri-cotta (re-cooked): twice cooked, given that the whey left behind from the cheese production is heated up once again in order to make ricotta.

Ri-bollita (re-boiled): the soup made from bread, beans and Tuscan kale, which is boiled for the second time, the next day.

Bis-cotto (biscuit: literally in Italian, cooked again), meaning that it is baked twice in the oven. Just as with ricotta, and ribollita, within the name ‘biscuit’, its destiny has already been written as the way in which it is made. Nowadays, the biscuits which come from Prato, with almonds, are called either biscotti or cantucci. In the past, however, these two terms referred to very different products, which nonetheless shared the same preparation methods. The idea to cook them twice gave an answer an important point to be resolved, that of preservation. 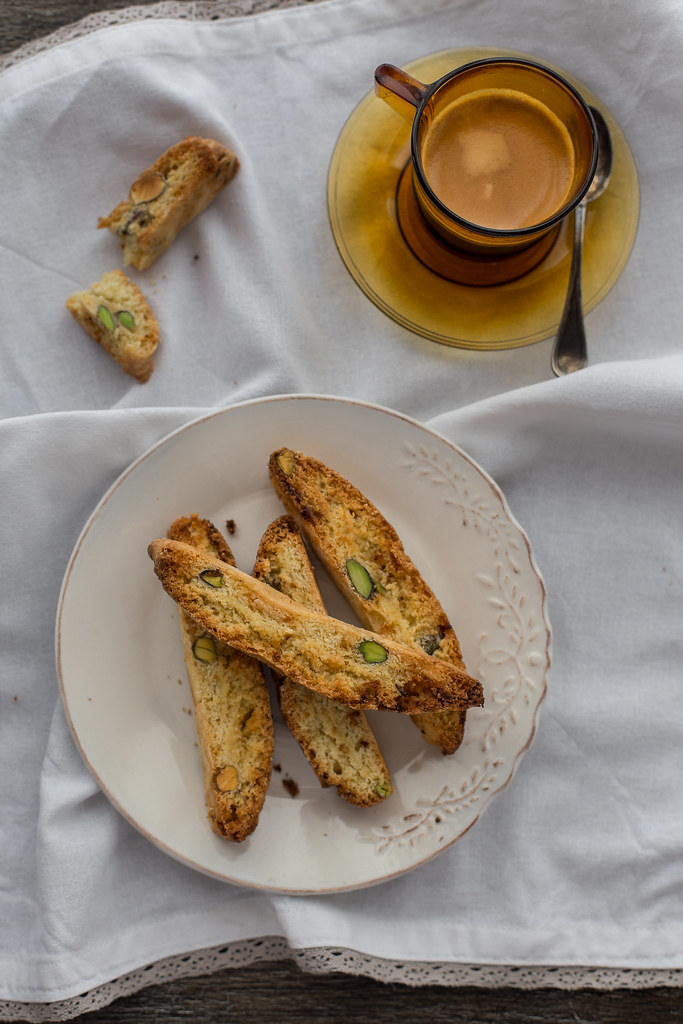 From the Middle Ages onwards, the cantucci have been known as small loaves of bread, flavoured with aniseed or fennel, cut cross-ways and twice baked in the oven. Even the cantucci, during the Renaissance, just as with the modern biscotti, were soaked in sweet wine and it was believed that they would stimulate and settle your stomach.

The biscuits with almonds, however, called bischotelli, contained different ingredients, despite sharing the same method and baking. These are mentioned during banquets at the court of Catherine de’ Medici, in the sixteenth century. They were highly prized and more expensive than the cantucci, because, as well as the almonds, they also contained eggs, an ingredient which automatically classed them as a luxury product. 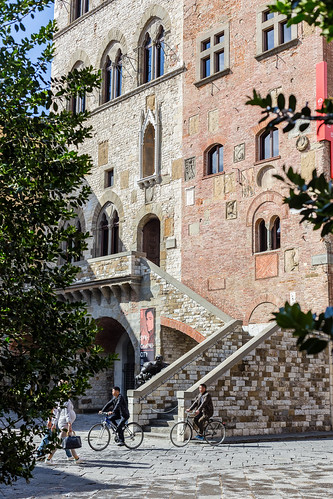 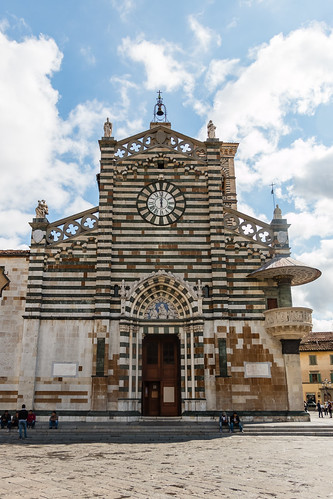 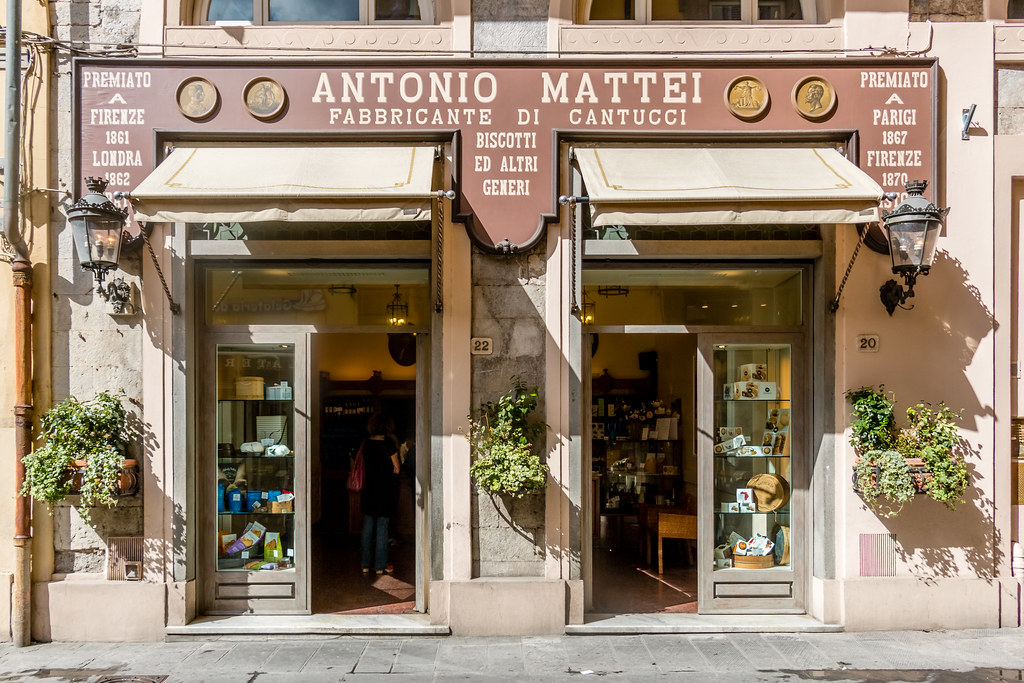 Jumping forward in time, we come to an important date, 1858, when Antonio Mattei opened his biscuit factory in Prato. The biscuit factory produced both cantucci, flavoured with aniseed and fennel, as well as biscuits with almonds, which, thanks to the numerous national and international awards, slowly became known as Prato’s typical biscuits or even Tuscan biscotti. In 1908, the biscuit factory passed to the Pandolfini family, who, still nowadays, three generations on, produce these delicious biscuits which taste like home and tradition.

Nowadays, however, it is difficult to pinpoint the original recipe for Prato’s biscuits, since there are many variants, backed to the hilt by confectioners and bakers, writers and families. 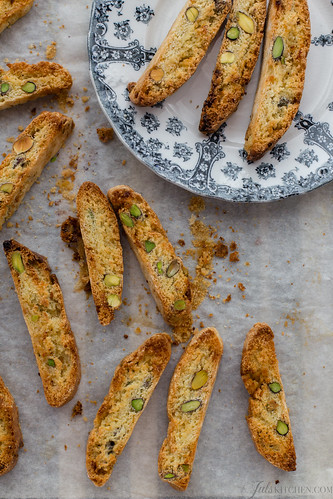 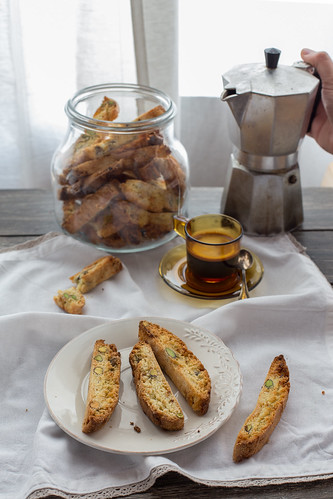 As is now clear, today we are in Prato as part of the tour of Tuscany with Ventura. We time travelled between cantucci and biscotti thanks to this book, La vera storia dei cantucci e dei biscotti di Prato (The real history of cantucci and biscotti from Prato), which tries to summarise the traditions, history and iconography of this product, such a distinctive feature of Prato, so much so that it caused the city to be known throughout the world.

The key ingredients nowadays are, however, pistachios: not only almonds are added to the Pratesi biscuits, but, depending on the occasion, also hazelnuts (and dark chocolate, something worth trying) or pistachios and white chocolate. This is perhaps my favourite combination, elegant, refined and simply irresistible. Along with a strong coffee or black tea, but also alone, as a mid-morning or afternoon snack, they can take the edge off your hunger and sweet-tooth cravings. 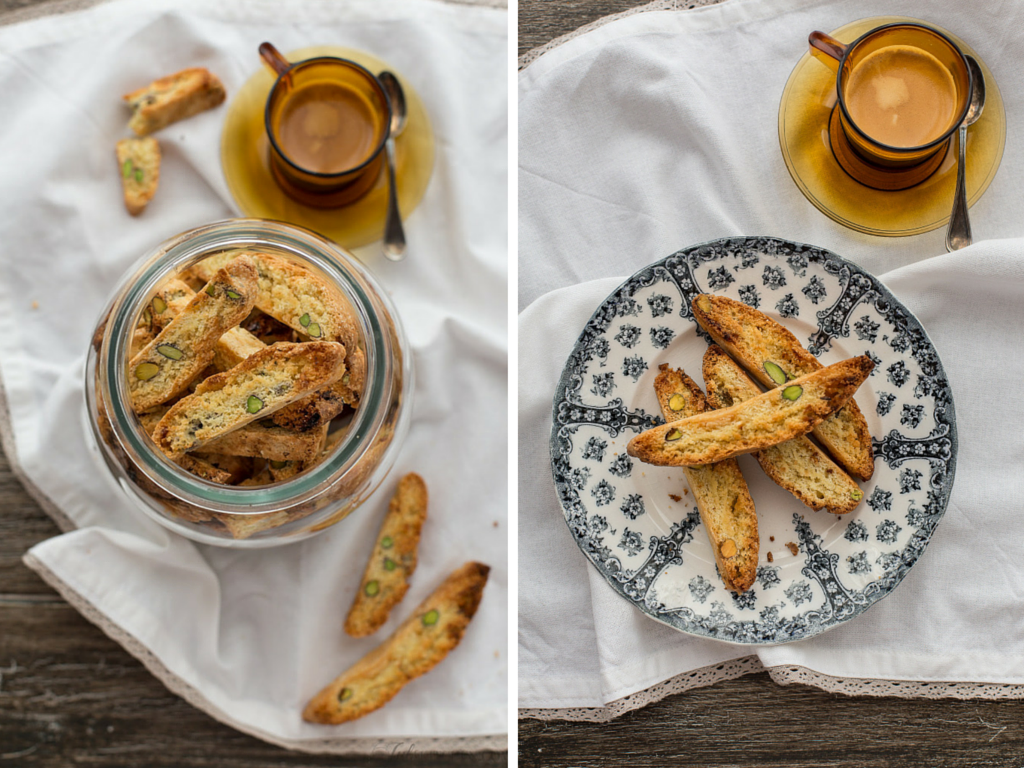 Print this recipe Pin it!
5 from 3 votes 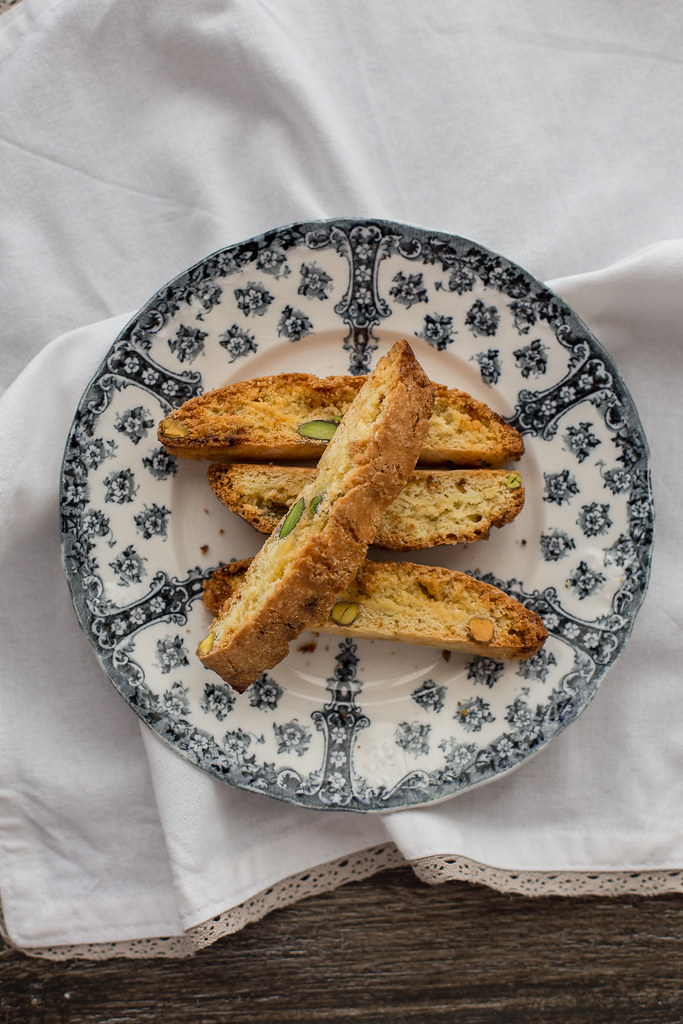 Let me entertain you: dried apricot and white chocolate biscotti

Farro and ricotta tart, how to use the remnants of a season.
chocolatepistachios