Yesterday it was a perfect day for some efficient spring cleaning, even if we are still at the beginning of winter. I took down all the Christmas decorations with some sadness in my eyes and brought back into the garden the tiny juniper tree that has been my Christmas tree for two years in a row, hoping that the next year it will be even taller. It was warm and sunny, so I opened the windows to let the fresh air in.

Before starting to work again I had to be sure that everything was in order to have a fresh, bright and inspiring work space. New photos in my bedroom, the sea polished white stones collected during the holidays on an English beach carefully placed on my chest of drawers, the colourful magnets I brought from Belgium stuck on the fridge. At the end I put a pot of hyacinths in the living room and I realized that I was finally ready to start this new year. 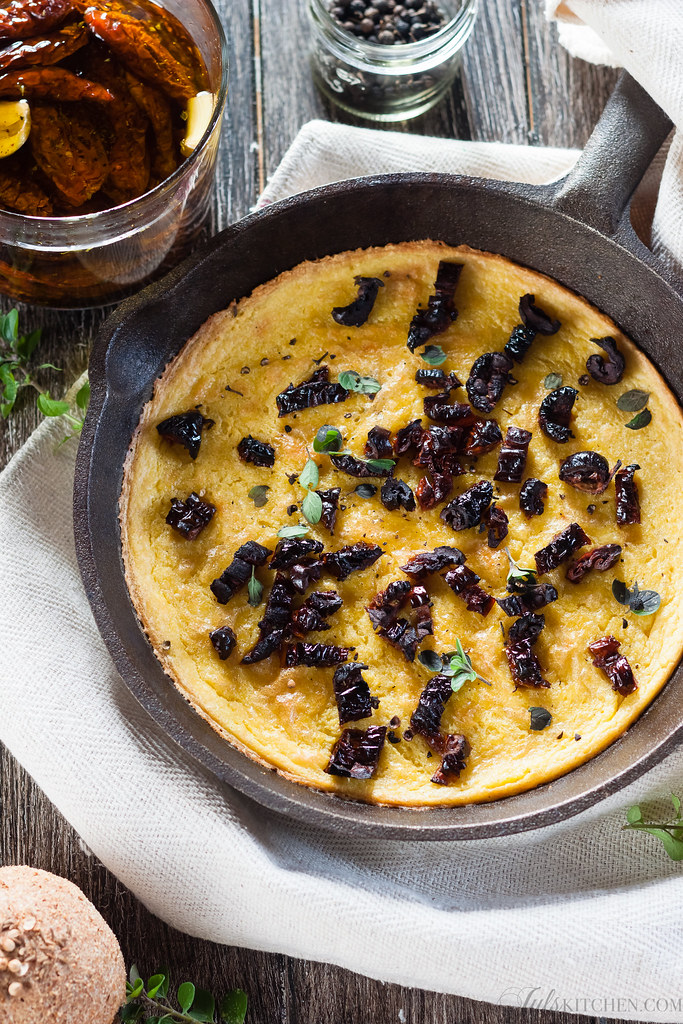 There was one last thing that demanded my undivided attention, my pantry. The pantry is my main source of inspiration for recipes and stories along with seasonal vegetables. Armed with patience I checked all the expiring dates and tried to impose myself priorities to use all the bags and jars hidden behind before buying something new. I am perfectly aware that these so called priorities will melt as snow in the sun as soon as I see something new and interesting, but I’ve got to be wise this year, wise and sustainable. 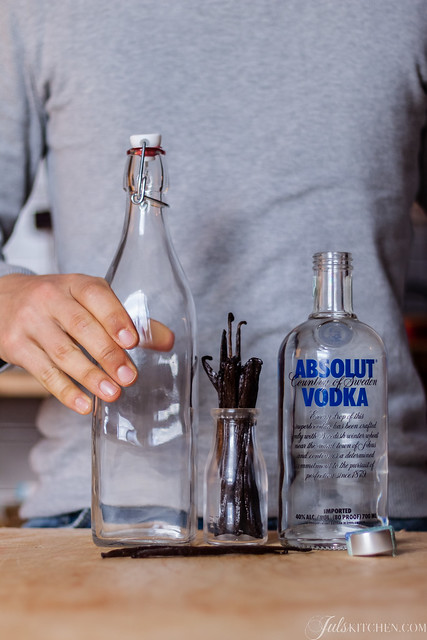 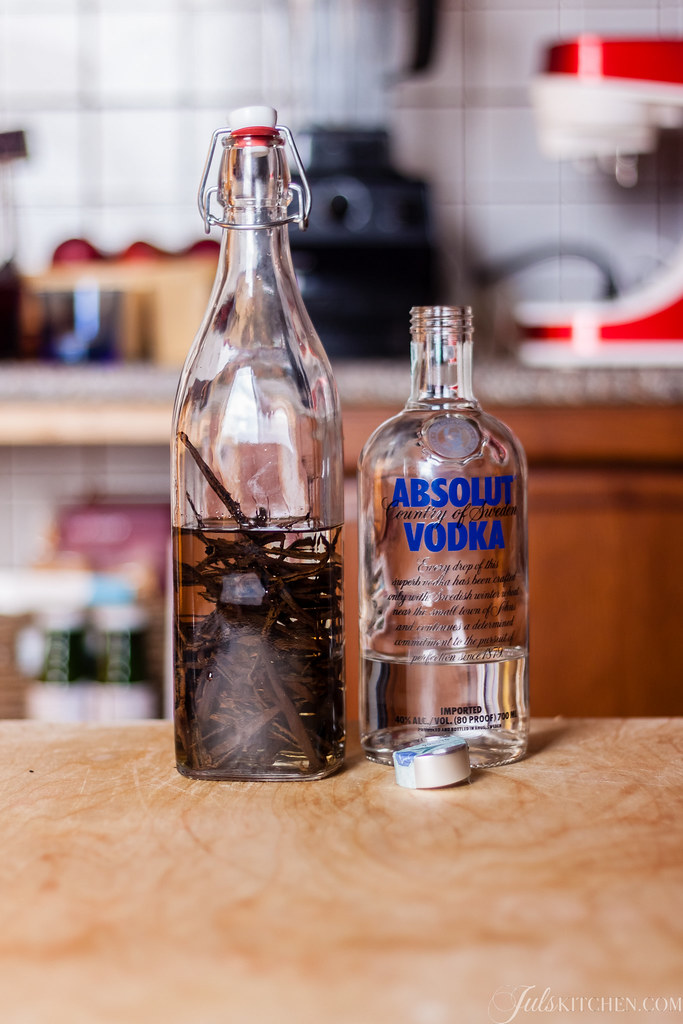 In the new-year-new life frenzy I also managed to find some precious time to make a bottle of vanilla extract and a big jar of sun-dried tomatoes soaked in our own extra-virgin olive oil with dried balsamic oregano, chili flakes and garlic. I am confident that these tomatoes will give colour and taste to my salads and frittatas in the months to come.

I was not expecting making the vanilla extract would be so easy and quick. I followed the method given by La ciliegina sulla torta: use 500 ml of vodka for 60 g of vanilla pods, open the vanilla pods, cut them in 2 cm long pieces, plunge them in vodka and shake well, then seal the bottle and keep in the dark in your pantry for at least six months. I’ll just have to remember to shake the bottle once in a while. 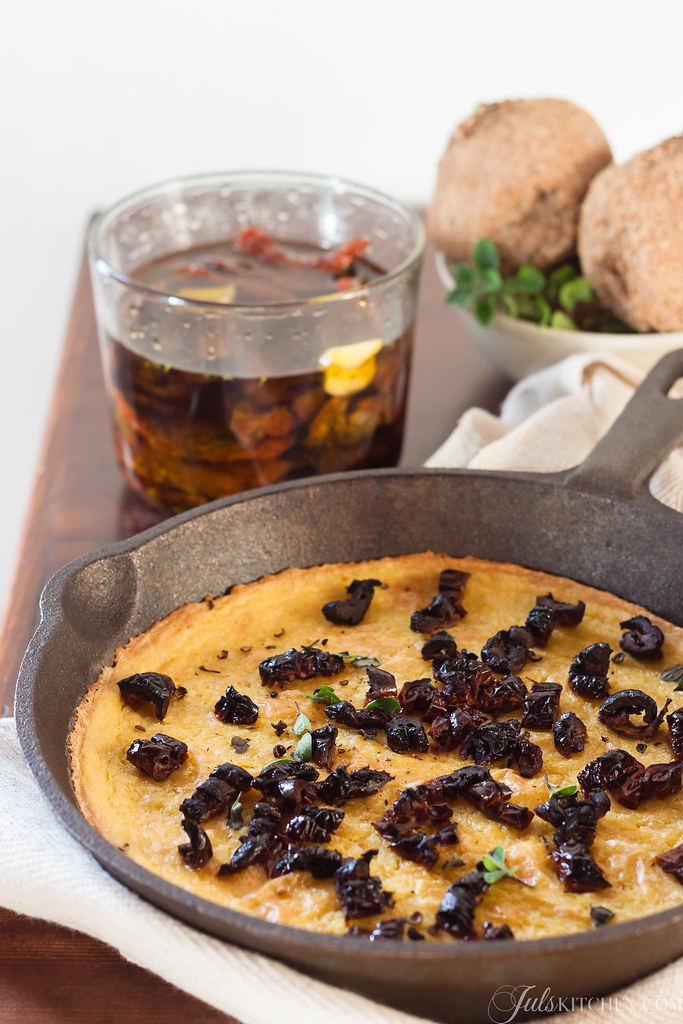 The house was clean and fresh, the pantry perfectly organized. Now I could  spend some time doing one of my favourite activities: cooking and taking notes for you. My culinary experiments began with the new cast iron skillet

I bought as a rewarding gift for myself. I fell in love with its rustic aspect: I had seen it on many foreign blogs, I was fascinated by that worn aspect, as it was blackened by years and years of cooking on a wood stove, as you could tell hundreds of stories just by touching its greased surface. Well, you just need to grease it properly with olive oil and ‘bake’ in the oven at the highest temperature for an hour, it will naturally develop this charming black patina that will turn it in a naturally non-sticking surface. The stories begin now.

Empirical evidence shows that it is not only beautiful but extremely versatile, I’ve cooked with this skillet both on the stove and into the oven, from quickly and light sautéed vegetables to rye bread. The last test I made was with cecina, a chickpea cake, a classic Tuscan street food that in my cast iron skillet has become, along with some sun-dried tomatoes and fresh herbs, a hearty, vegan and gluten free dish. Great recipe to kick off the new year with good proteins, sunny colours, Mediterranean scents and a much needed lightness.

Yesterday the sun-dried chickpea cake was my lunch along with a fennel and orange salad and a rye bun. I like to launch the new year with style, don’t you? 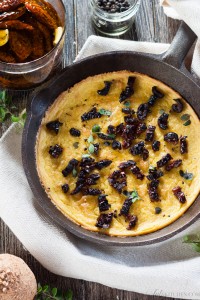 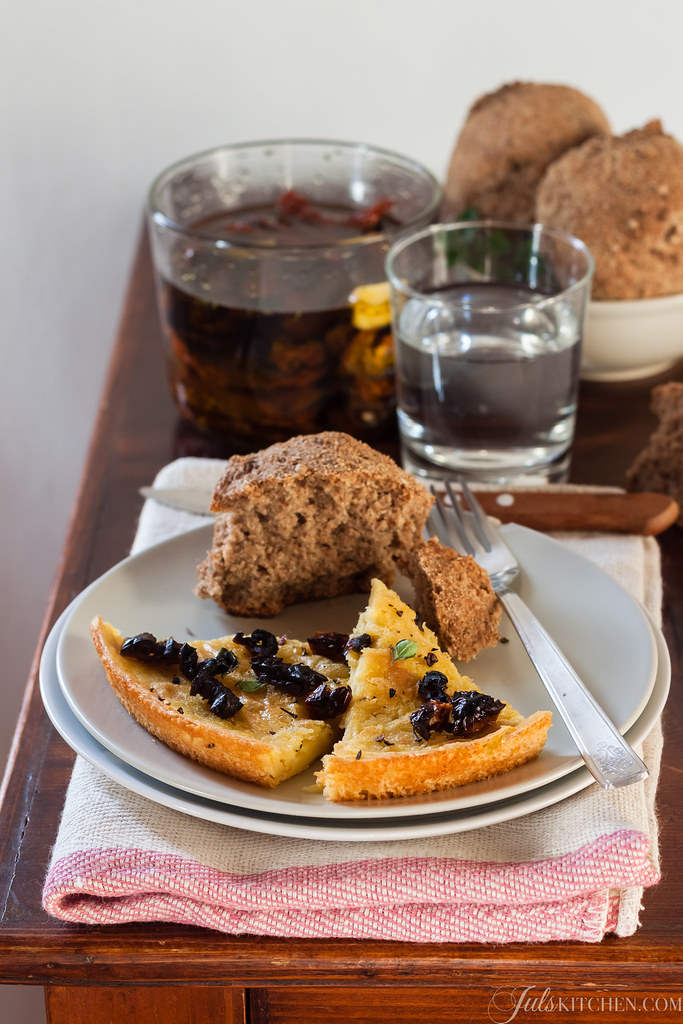