Lately I have often lunch with Grandma, we live so close that we enjoy the time we spend together eating and talking. If I have to work on some recipes for the blog I bring downstairs the last experiment, often cold after the photos. She warms up the food, always on the lowest flame, because her lowest is lower than my lowest, and that’s why her dishes have always a better and deeper taste than mine. Then we go on making comments and mental notes on the recipes: this works, this would have worked better with something else, and so on. 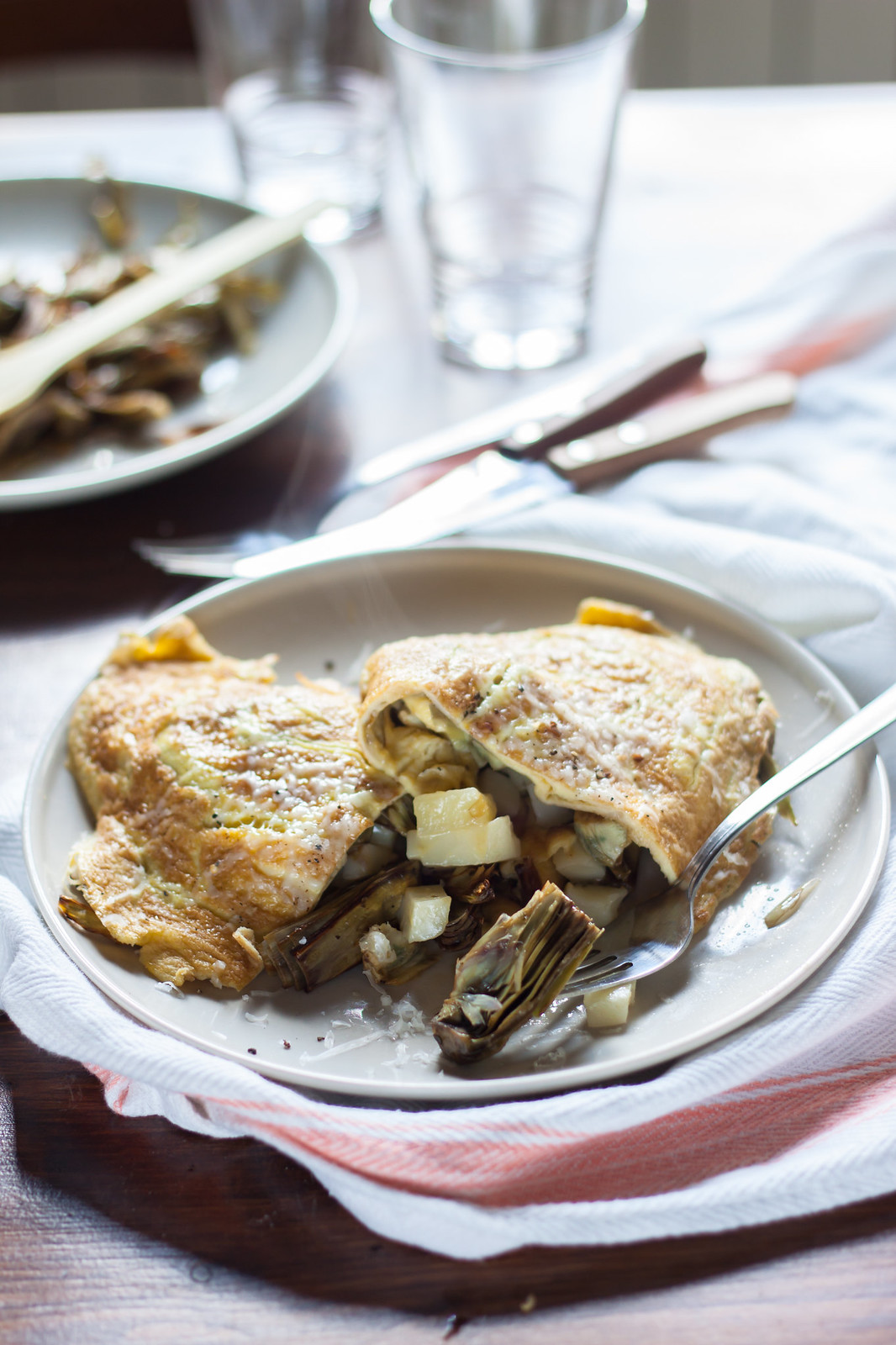 If instead I have to write or edit some pictures, she cooks for me and I arrive in her kitchen and find the table lavishly set for lunch. Lavishly is not an exaggeration, every day is a feast at grandma’s place and she makes you feel special with tiny simple things. Like a chocolate after a meal next to my cup of espresso. Every day. And if she runs out of chocolates,  she is not discouraged, my grandmother will bring me a whole cube of dark chocolate. 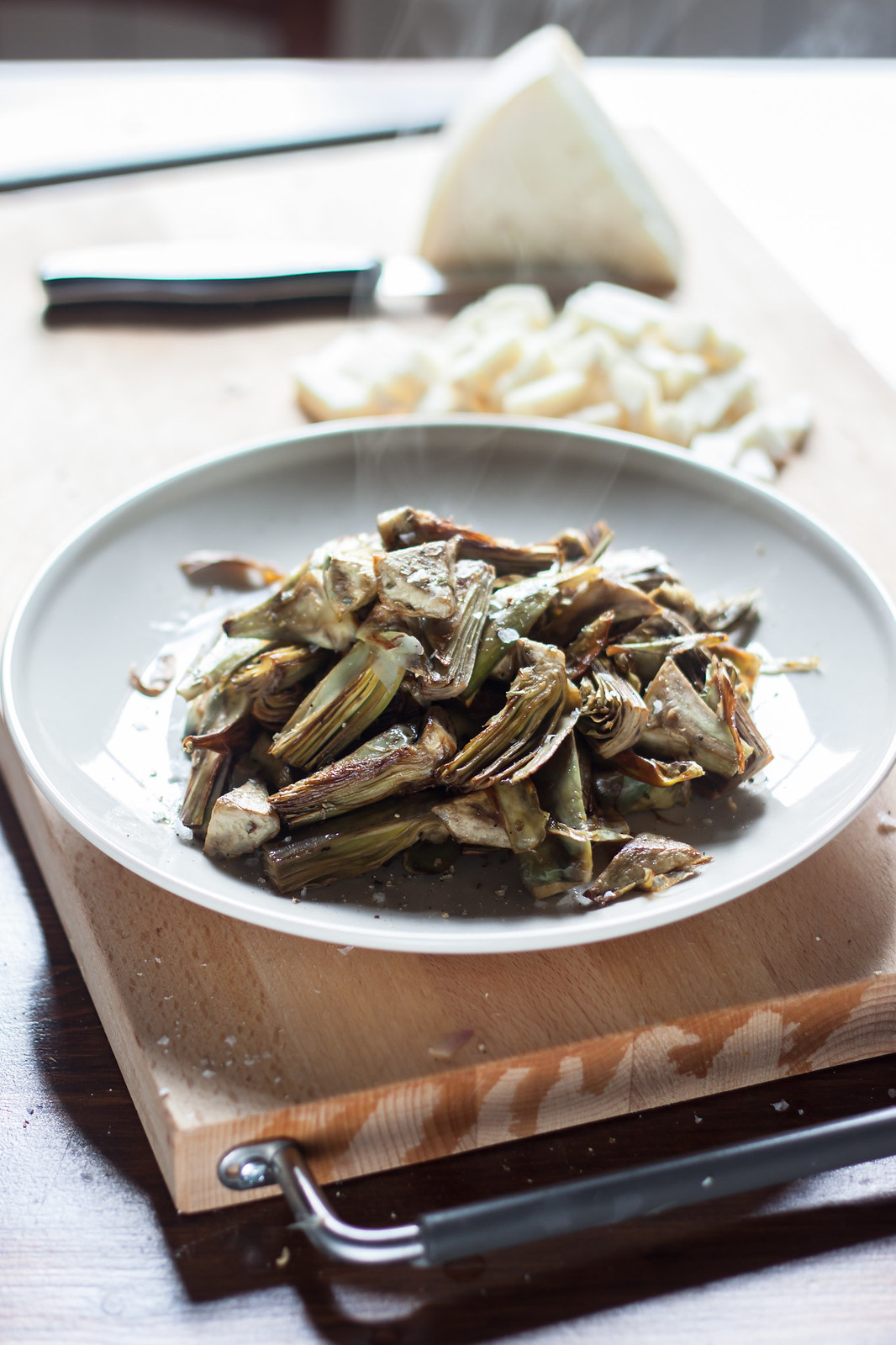 We have different ideas of what a light lunch is supposed to be. An example? I had my Pilates class in the early afternoon so I told her I needed to have a very light and quick lunch, nothing fancy. And she lighted up and said: come have lunch with me. I’ll just make a bowl of home made chicken broth with passatelli (just imagine, passatelli are made with egg, breadcrumbs and cheese). Then she added finely shredded chicken breast to the broth, in order to make a well balanced meal. I love her.

Another day we agreed on a chicken salad for lunch. She made a huge bowl of tender lettuce and added shredded chicken breast, crumbled boiled eggs and piquant slivers of aged cheese. She apologized because our supposed light salad was missing black olives. And then you ask me where my passion for food comes from? She loves trying new recipes, either found on magazines or seen on tv. She’s never happy with the results, but she doesn’t realize she manages to make us happy with the most simple food. The fact is, let’s face it, she’s the most perfect example of what a pinch of magic and love can make when it comes to food. 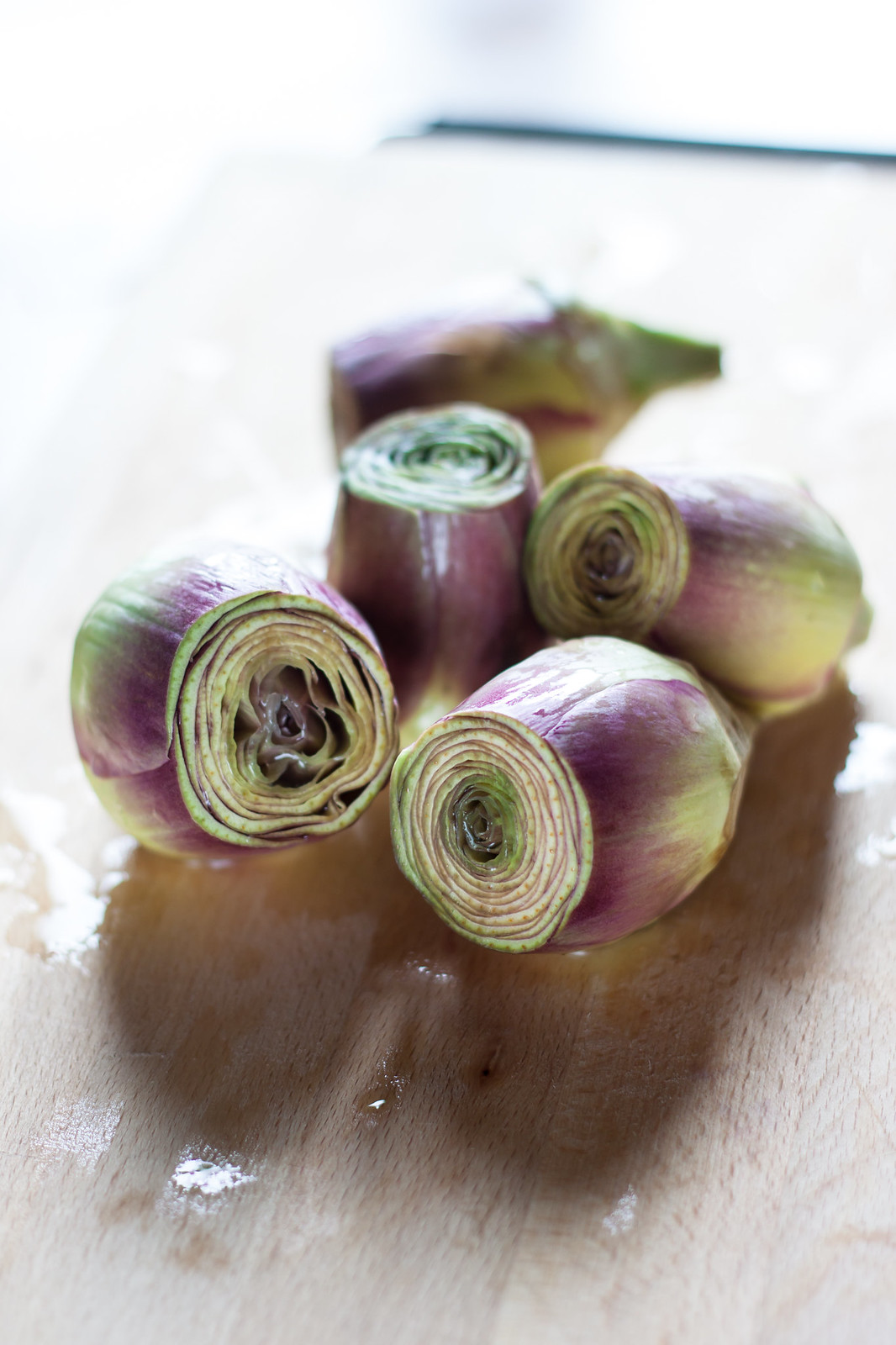 A few days ago I told her I would bring an omelet with artichokes for lunch: I used the omelet as soft wrap and filled it with stewed wedges of artichokes and cubes of Tuscan pecorino, slightly melting from the heat. When I entered her kitchen with my omelet poorly balanced in one hand I found her playing around the pantry.

She made an appetizer with toasted bread and Tuscan salame, she thought the omelet was not enough… So in hindsight I can tell you that if you want to make a richer omelette you can add cubes of salami, they are just perfect with pecorino and artichokes.

Print this recipe
5 from 4 votes

Omelet with artichokes and pecorino 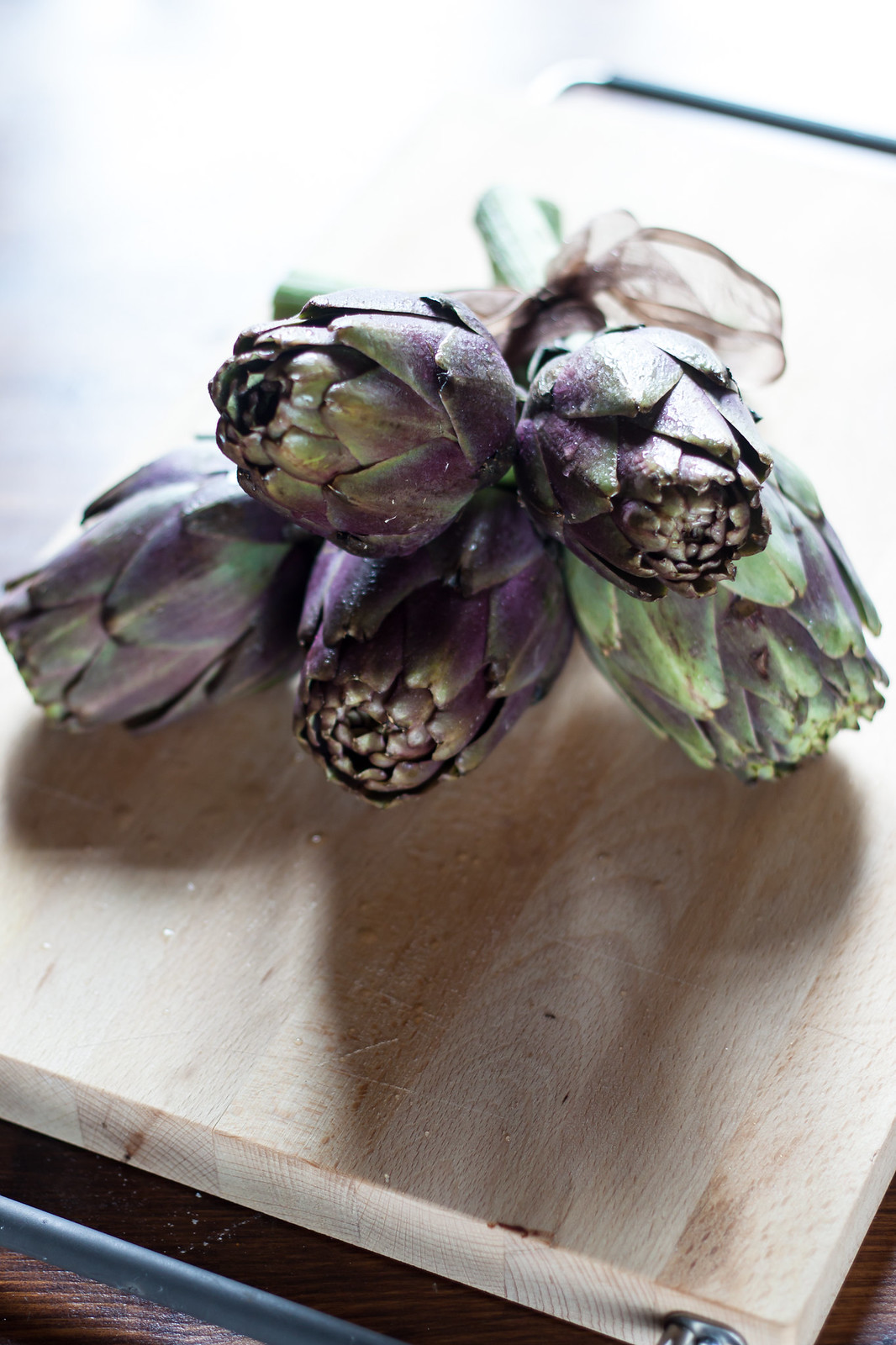 Some time ago I said that if I’ll ever get married I would like a bouquet of herbs, with thyme, marjoram, mint … maybe we can leave chives for lunch. Thinking about it, if the season allows it, a bouquet of artichokes would be just as beautiful. I bought this unusual bouquet at the supermarket and walked along the aisles like a bride, he he he…

When he moved in. Artichoke and potato frittata

Tuna and pecorino stuffed artichokes and an organic orchard
artichokescheeseeggspecorino